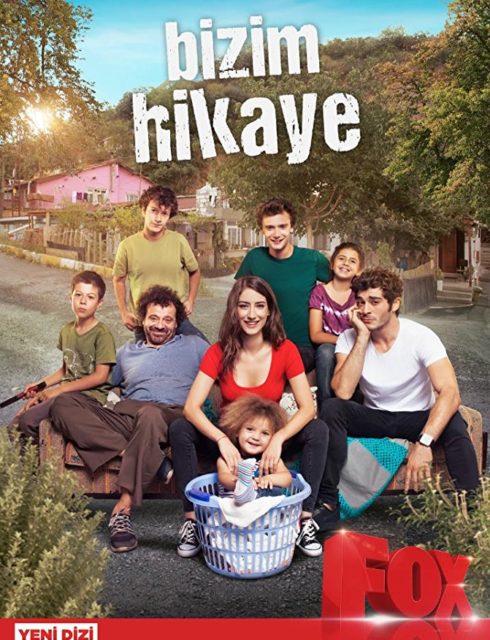 Bizim Hikaye (English: Our Story) is a Turkish drama series starring Burak Deniz and Hazal Kaya. It is an adaptation of the UK original, Shameless.

Filiz is a young girl who has been forced to take care of her five younger siblings since her mother left them. Her father Fikri is an alcoholic man who causes different problems for the family now and again. Despite the fact that they are struggling to survive in a very poor neighborhood of Istanbul, the six siblings try to keep each other happy. Filiz believes that there is no place for love in her life until she meets Bariş, a young man who does anything for Filiz and her family, just to win Filiz’s heart.

Filiz, who has been struggling to survive in one of the poor neighborhoods of the
city, and the greatest child who has become a mother of that family, is the story of starting with Filiz … Filiz, who has looked after his 5 younger siblings since he left the mothers, owns the family despite his alcoholic father Fikri, hold tight. Brothers like Filiz are strong and upright children who never learn to be ridiculous, who have learned to look after their heads;

Wisdom, a small conscientious and emotional Cherry, his short Fikret and the youngest Ismet of 1.5 years old.

Filiz enters his charismatic and charismatic Peace suddenly, who devotes his whole life to his brothers, his best friend and his neighbor Tülay, who is in trouble and who is trying to earn money from day-to-day affairs, This mysterious young man who comes out at a moment will do his best to win the heart of Filiz and become a part of the family.

Filiz thinks that he is not a place of love in his tough life and tries to deny what he feels about Peace while Peace, who is in love with Filiz, struggles to impress him.

In addition to the protectionist attitude of the police officer Cengiz, who has been in love with Filiz for many years, things do not go as easily as the work of Peace. On top of that, the identity and mysterious experience that Peace hides is also a danger to the relationship.

The 6 sisters who try to keep each other happy despite their father Fikri who devoted his life to just drinking and making money from the easy way, and the intersecting paths of Peace in love with Filiz, will take every new story.

English Subtitles
Various Websites are Translating this series in english subtitles. Below are the links of the site.
ALAinHindi| Watch on Telegram