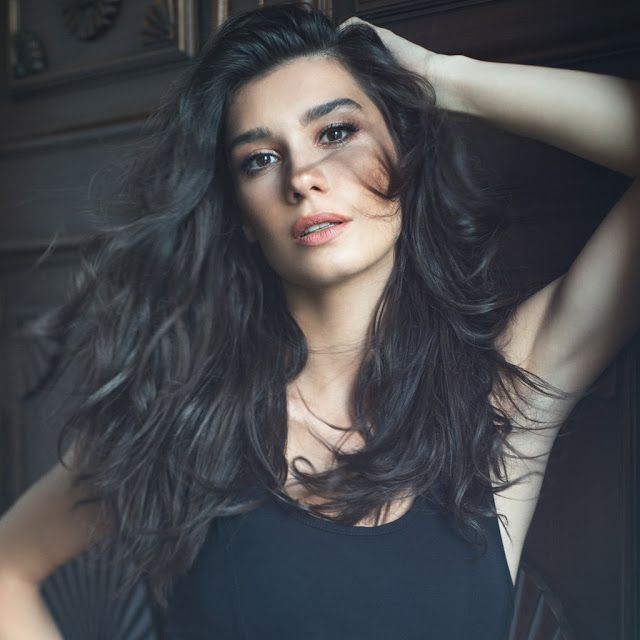 Burcu Kıratlı (born 23 July 1989) is a Turkish actress and model. She is best known for her roles in Peri Masalı, Diriliş: Ertuğrul and Aşk ve Mavi. Kıratlı received an award at Türk Sinemasını Geçmişten Geleceğe Taşıyanlar ceremony for her contribution in Turk cinema on 8 October 2020.

She debuted on television with the character of Yağmur in the series titled Elde Var Hayat and received great acclaim with her acting performance. This series was broadcast on TRT 1 and lasted 2 seasons. In 2013, She made her first appearance in the film with the character of Helin in the movie Su ve Ateş, which was written and directed by Özcan Deniz.

In 2014, she played the character of Peri in the movie Peri Masalı. The film gained great critical success and her performance was noted as one of her bests. The work proved to be Kıratlı’s first success, earning her the Best New Actress of the Year award at the Digital Turkish Traditional Award Ceremony in 2015. The film is directed and produced by Biray Dalkıran. In 2018, Peri Masalı was selected as one of the Best Turkish Love Films of 2000. Returning to the TV screens after this film project, Kıratlı appeared on the TRT 1 in December 2014 with the character Gökçe in the series Diriliş: Ertuğrul. She was part of the series for 2 seasons. For this role, she received the Best Actress Award by the jury of the Ministry of Youth and Sports & Best Actress of the Year Award by public votes received from the poll opened by the Ministry. Diriliş: Ertuğrul is a Turkish historical fiction and adventure television series created by Mehmet Bozdağ. In 2015, and while her TV career continued, she played the lead character of Elif in the movie Bizim Hikaye, directed by Yasin Uslu.

Between 2016–2018, she starred in the drama series Aşk ve Mavi and played the lead character of Mavi. She won the Drama Actress of the Year award at Datça Golden Almond Awards in 2017 for this role. The show received four awards at Golden Tourism Awards. Kıratlı also won the Golden Palm Award for TV Series Actress of the Year in 2018. The show also won the best director and best producer award at the Golden Palm Awards and the Best Drama Series of the Year at the Dizisi’ Awards in 2017 The hit show had three seasons and was aired on ATV channel.