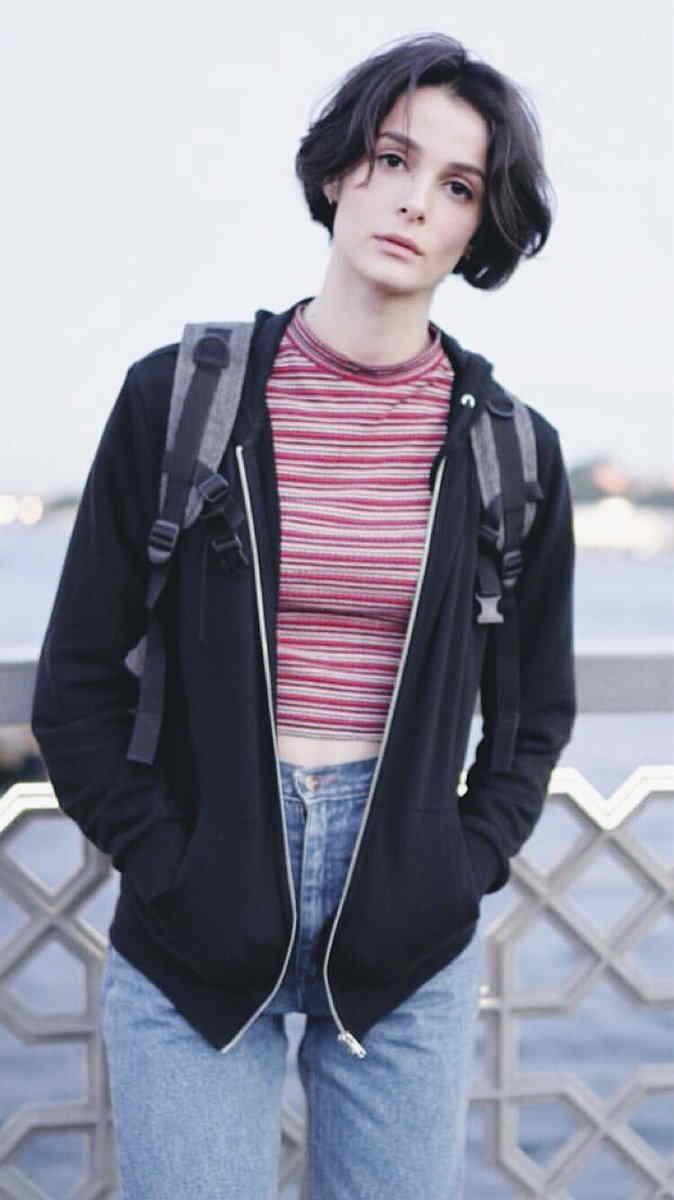 Büşra Develi (born 25 August 1993) is a Turkish actress and model. She is known for her lead role in the movie Arada alongside her ex-boyfriend Burak Deniz.

After completing her primary education, she moved to Antalya with her family and completed her secondary and high school education there. Later, she moved to Istanbul to study theater and acting, and by successfully passing the university entrance exams, she enrolled in the Theater department of Mimar Sinan University. She had a role in a music video for Enable Orkestrası & İlyas Yalçıntaş’s song. In 2015, she portrayed the character of Selin in the series Tatlı Küçük Yalancılar and played the role of Rüzgar in Tatlı İntikam. In addition to her career in television, Develi was cast in a leading role in the movie Arada, directed by Mu Tunç. She later had a leading role in the web series Fi.