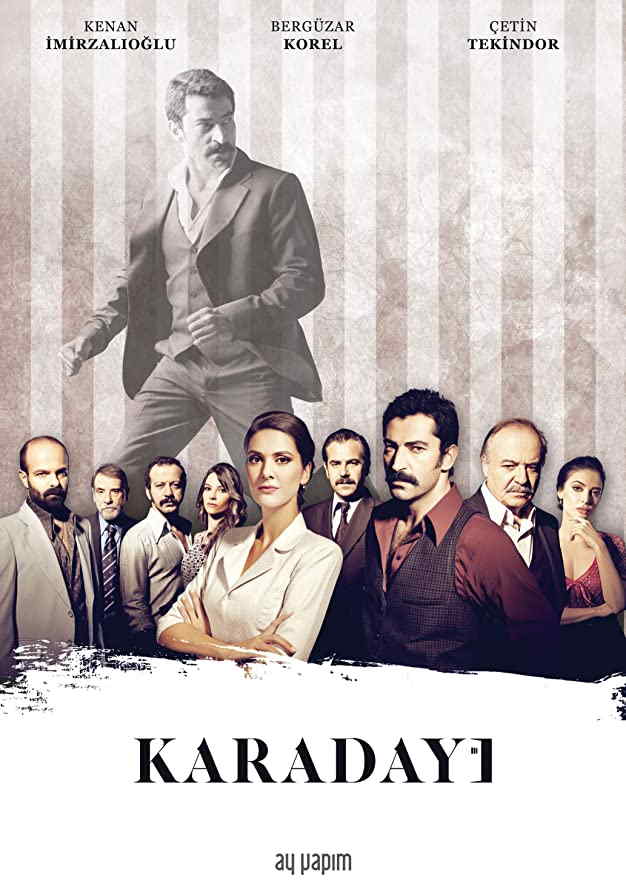 Karadayı (English title: Ashore) is a Turkish television drama series produced by Ay Yapım and broadcast on ATV. It was directed by Uluç Bayraktar (who also directed Ezel). It originally aired on 8 October 2012 in Turkey. It stars Kenan İmirzalıoğlu as Mahir Kara and Bergüzar Korel as Feride Şadoğlu.

Mahir fights for justice. He wants to get his father, Nazif Kara, out of jail. While he joins the court of Istanbul as a trainee lawyer to fight his father’s case, fate finds him taking its own course. He stands at a crossroads where he must choose between Feride, the judge of his father’s case, and his father.

This fascinating story unfolds as it takes you back to the magical Istanbul of the 1970s with all its charm and mysticality. The city of Istanbul is beautifully portrayed to depict the historical splendor of the place and its enchanting people.