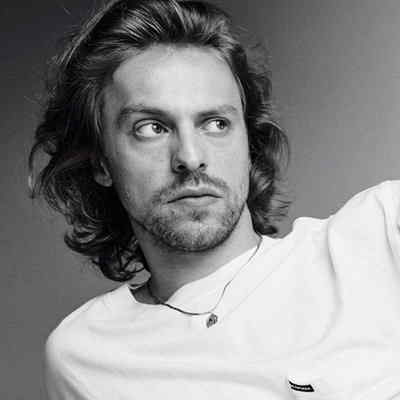 Metin Akdülger (born 10 April 1988) is a Turkish actor. Akdülger, who took part in amateur plays and made short films during his youth, attended acting classes at his school due to his interest in acting while continuing his education at Koç University. He continued to take part in amateur theatre plays at the university. He joined the Craft Theatre team in 2012. His professional theatre career began in 2012 with his role in the play Tape. In 2013, he entered television and began starring in the popular TV series Medcezir. In the same year, he made his cinematic debut with the movie Benz, in which he portrayed a footballer who suffers a stroke. After this experience, Akdülger returned to the theatre by joining the cast of Mary, which went on stage in 2014 at Didaskali Theatre. In 2015, he starred in the period series Analar ve Anneler.

In 2016, he took part in the play Kahramanlar Hep Erkek, an adaptation of Duygu Asena’s autobiography Kadının Adı Yok. In the same year, he landed his first leading role in a TV series by portraying Murad IV in the second season of the historical show Muhteşem Yüzyıl: Kösem. After this series, Akdülger had a solo performance with the play Baldan Karanlık in 2017, which was well-received by the critics. With his performance in the play, he received the “Promising Actor of the Year” at the 2nd Üstün Akmen Theatre Awards. In the same year, he appeared in the movie Kırık Kalpler Bankası. Akdülger had a leading role in My Favourite Fabric, which premiered at the 2018 Cannes Film Festival. He then continued his career with roles in the crime fiction series Şahsiyet in 2018 and the fantasy series Atiye in 2019. In addition to feature films, Akdülger has played in many short films throughout his career and has been a judge in many short film competitions. In late 2019, he formed the band Journals with Burak Yeşildurak and started making music.

Metin Akdülger was born on 10 April 1988 in Bursa. His family was Turkish immigrants from Thessaloniki and Skopje, and he spent his childhood on a farmhouse. He realized that he had an interest in acting while taking part in small plays in high school and shooting short films with his friends. But instead of enrolling in the conservatory, he decided to study international relations and political science “to learn what is happening in the world”. He moved from Bursa to Istanbul to study international relations at Koç University. When he was in the third year of his studies, he learned that Yıldız Kenter was teaching at his school and started to attend her classes. He was Kenter’s assistant for a while.

The first play he took part in at the university was an adaptation of Romeo and Juliet. He wanted the role of Tybalt in the play but ended up portraying Romeo. After taking Kenter’s classes, he decided to try method acting, and in 2012 he took acting lessons from Merve Taşkan. In the same year, he started working with Craft Theatre. His first professional theatre debut came in 2012, with a role in an adaptation of Stephen Belber’s Tape, which was directed by Tevfik Şahin. He portrayed the character of Vince on stage.