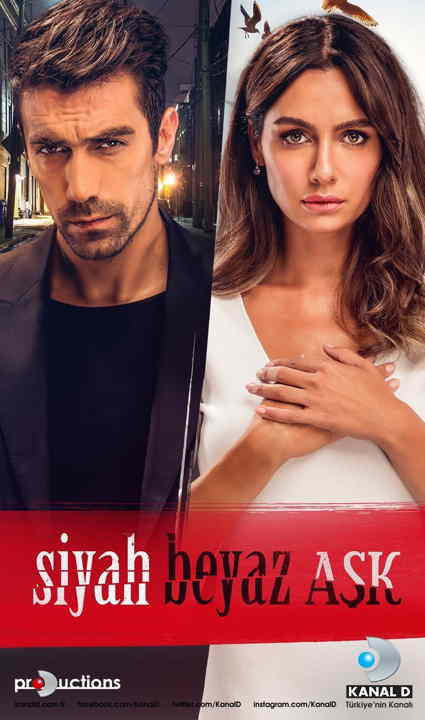 It is a story of 2 very different people who get entangled with each other in a twist of fate, Ibrahim as Ferhat Aslan who is a cold blooded gangster and Birce as Asli Cinar who is an upright and kind doctor, as fate would have it, once when Ferhat needs a doctor to save his target for a few more time, accidently asli gets called instead of the one who already has dealt with such things for the aslan family in the past, thus asli accidently gets caught in this tangle cause she gets to know about their killing deeds so the majesty of the aslan clan i.e. mr namik emirhan, who is ferhats uncle orders ferhat to kill asli.

But when ferhat gets to know of asli’s brother cem cinar, who is in the police force, he thinks it’s better to marry her than kill her as that would be more troublesome, so asli is forcefully married and agrees to be a part of this mess to save her brother’s life from ferhat’s gunmen. it proves to be a difficult path for both asli and ferhat as they have multiple obstacles through their journey, cem who truly believes that asli is being held against her wish tries his best to save her, in the later stages cem and ferhat come in a neutral ground towards asli but cem gets killed off tragically much to ferhat and asli’s dismay, after which asli becomes very much broken, but ferhat cares & helps her through it.

In between all this, it is revealed that Ferhat’s sister Gulsum with the curly hair is pregnant with cuneyt’s baby, who is Ferhat’s cousin and is already married but is trapped in a loveless marriage with vildan, the alcoholic woman of the house who is also greatly depressed because of her loveless marriage all of her own doing coz she is in love with ferhat and still lusts for him and she is greatly irked of asli’s presence, later it is known that vildan and cuneyt’s daughter is actually ferhat and vildan’s which is not known by ferhat earlier, then ultimately ferhat acknowledges the fact.

Cuneyt is revealed to an antagonist just waiting for a turn to get away with their heist but is ultimately arrested at last. during the same time ferhat deals with his issues with his elder brother yigit who is a prosecutor and is trying everything in his power to put the Aslan men behind bars for their evil deeds, ferhat and yigit meet after a long time and when ferhat comes to know that yigit has a wife and a son, he cares for them secretly but finds it difficult to understand his brother’s ideas and support him at first but ultimately the two brothers unite and ferhat comes to his brother’s side. and during all this simultaneously it is revealed that Mr namik is the real father of ferhat and namik killed Ferhat’s real father nejdat the honest and righteous barber, and pulled ferhat under his wing in this dirty business with the help of Ferhat’s mother yeter who was helpless at that moment but later regrets putting her son through this dirty games and mess, ferhat ultimately gets to know all this truth and very difficultly manages to forgive everyone around him all through asli’s love and support, and asli also became pregnant during this and has a hard time convincing ferhat and herself that yes they both love each other, and look for a way out of this life through their highs and lows and misunderstandings. finally, after a time leap, asli and ferhat renew their wedding vows happily, they are seen with their baby boy with their small loving family beside them which now comprises of the happy sweet trio, Ferhat’s mother yeter, his sister gulsum, and her baby and his brother yigit and his wife and son and abidin beside them. they lived happily ever after forever.