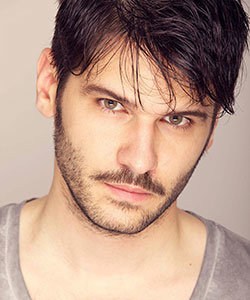 Sayışman was born on 17 December 1981 in Istanbul, Turkey. He graduated from Kadıköy İntaş High School and Doğuş University, Faculty of Business Administration. Sayışman was the runner-up in the Best Model of Turkey competition, in which he participated in 2002. In 2005, he won the Manhunt International men’s beauty contest in South Korea, representing Turkey. He came to attention for playing the character “Namık” in the hit series Elveda Rumeli about Turks in Macedonia when the Ottoman Empire lost its European land.