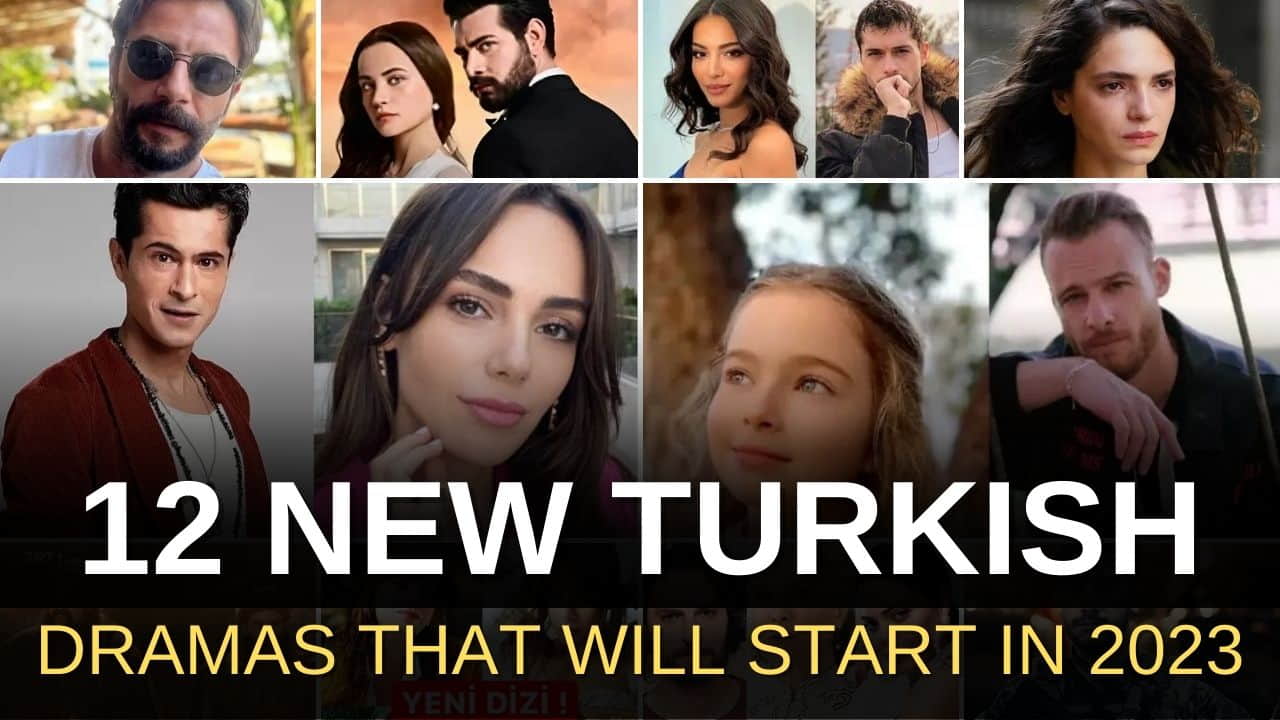 Do you watch Turkish Dramas regularly, are you a fan of Turkish Drama Series, then there is some good news for you.

So here at Turkish World, we have compiled a list of 12 New Turkish Drama Series that will start in 2023.

Among the TV series that will start new in 2023, there will be TV series such as Al Sancak, Taçsız Prenses, Hayatımın Şansı, and Kan Çiçekleri. Here are the 2023 new drama series.

The Al Sancak series will be screened in January 2023, when Bozdağ will undertake the production of the film. It will be a military series. The cast of Al Sancak will feature young and talented actors such as Uğur Güneş, Gülsim Ali, İdris Nebi Taşkan, Emre Dinler, and Tezhan Tezcan.

Barbaros Hayreddin Sultanın Fermanı series will be a continuation of the Barbaroslar Akdeniz’in Kılıcı series. Tolgahan Sayışman, Melisa Döngel, Timur Acar, and Ufuk Özkan will take part in the cast of the series Barbaros Hayreddin Sultan’s Fermanı. The series, of which Es Film is a producer, will be broadcast on Trt 1 screens at the beginning of 2023.

Bülent İşbilen will take part as the director’s chair of the series Koyu Beyaz, which will feature names such as Nisa Bölükbaşı Atakan Hoşgören, Atabiq Mohsin and Ebru Akel. The producer will be RGB Production.

Bloom Medya will be the producer of the Üvey Baba series, which Kanal 7 plans to bring to the screens in 2023 and started shooting early. The Üvey Baba series, in which Gökberk Demirci will play the male lead actor, will be broadcast in 5 different countries at the same time as Turkey.

Pastel Film will screen the TV series Erkeğe Güven Olmaz, starring Melisa Aslı Pamuk and Alperen Duymaz. It is known that the series “Erkeğe Güven Olmaz”, which is expected to be broadcast on the Netflix platform, will reveal a different perspective on the male-female relationship.

Lemi, known as Kerem Bursin’s new series, is one of the series planned for 2023. The series, in which Ebrar Alya Demirbilek and Kerem Bursin will share the lead roles, will be the series of Ay Yapım and will be broadcast in 8 episodes on a digital platform.

TV+’s first special series, Ölüm Kime Yakışır, will bring together names such as İlayda Alişan, Ezgi Eyüboğlu, İsmail Hacıoğlu, Ceren Moray in 8 episodes and will be the scene of a full star parade.

Selahattin Paşalı will be the male lead actor in the Ömer series, which is shown among the series that OGM Pictures will broadcast on Star TV in 2023. The series, directed by Cem Karcı, will tell about the Hasidiks, who also live in Jerusalem and have different cultures. Barış Falay, Merve Dizdar, and Gülçin Kültür Ömer will be the other leading actors of the TV series.