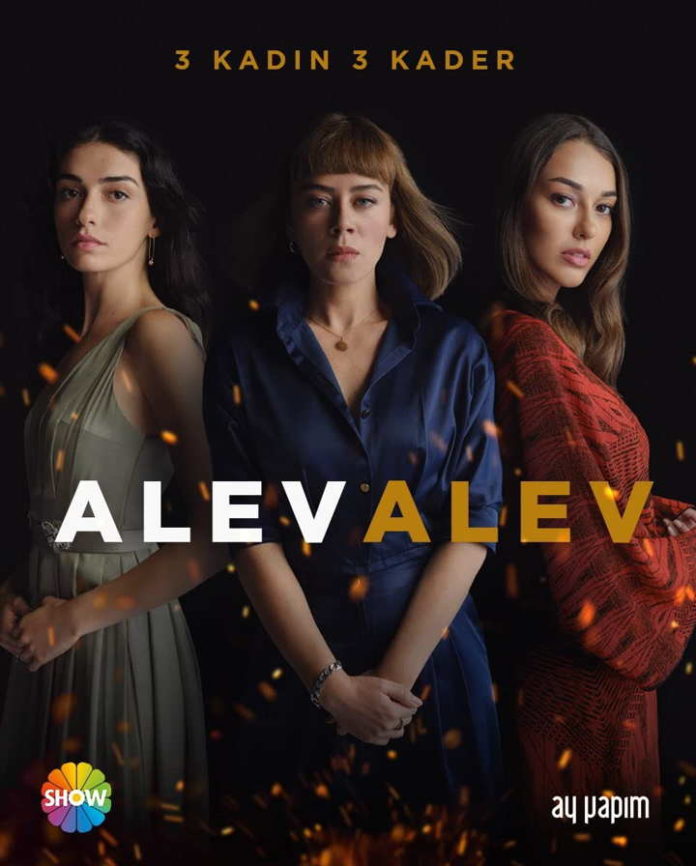 Alev Alev (English title: Ablaze)  Moon Construction signed, regulations made by Ahmet Pure, Sign Görgün received the script penned by Toptaş, Show TV ‘, published in Turkey in the construction of action and drama television series. French-made La base de la Charité is based on the sequence.

Cemre (Demet Evgar) tries to escape the violent nightmare she fell into by marrying great love with her little girl. Ruya (Dilan Çiçek Deniz) that has never met the burning face of truth in her beautiful, privileged life… Cicek (Hazar Ergüçlü) on the verge of losing her beauty and identity identical to her presence as she tries to open a small happiness page for her in her altruistic world…

The flames that changed all the lives it touched, Cicek that were burning from the ashes of a fire… The story of finding herself, continuing on the road, seeking justice and true love..