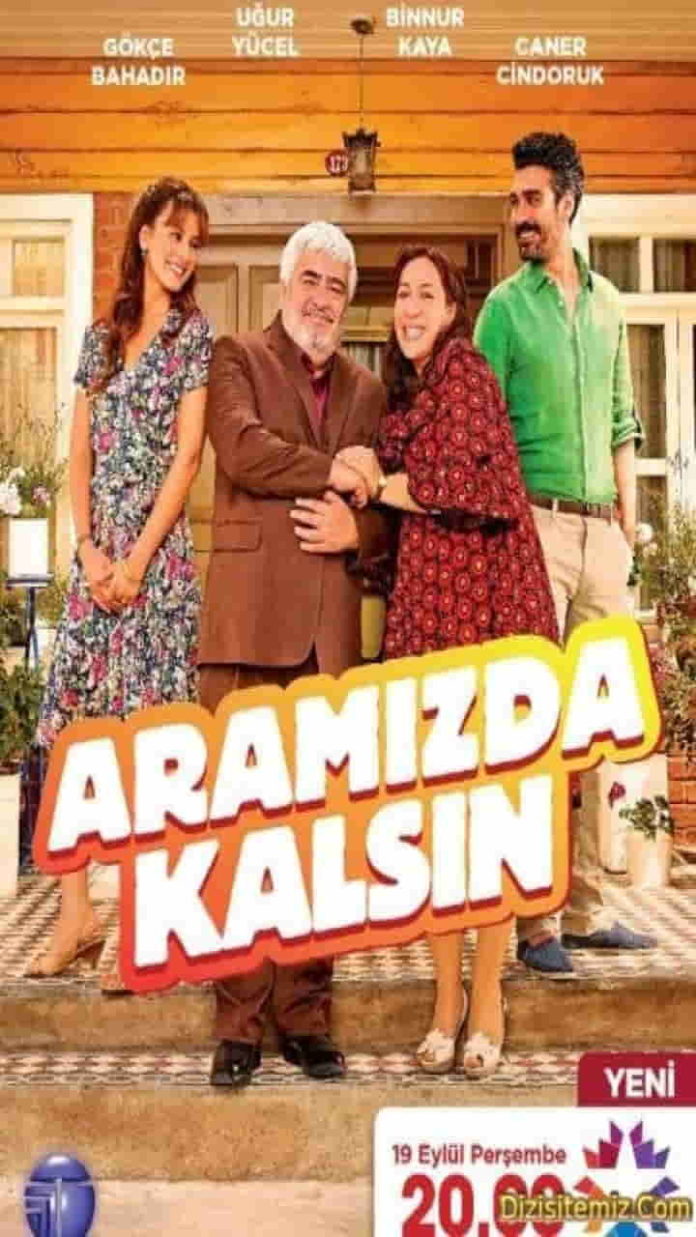 Aramızda Kalsın (English Title: Keep This Secret Between Us) broadcast on Star TV, produced by TMC Film, written by Selin Tunç, started under the direction of Hatice Memiş, and as of the 16th episode, Güzide Balcı sat on the director’s chair, and Gözde Ceyhan was the casting director. starring Ugur Yucel, Binnur Kaya, Gökçe Bahadır, and Caner Cindoruk ‘s shares on Thursday evening on the screen, comedy in genre television series.

The name “Yadigar” was initially considered for the series, but later it was changed to “Between Us” and the first episode was broadcast on Thursday, September 19, 2013. The song “Yadigar”, written and composed by Deniz Tuzcuoğlu, the soloist of the 4×4 band, and other background music composed by Aytuğ Hakim, was combined to create a special album for the series. The song, sung by Yonca Lodi, was broadcast in the last scene of the 10th episode, won the admiration of the audience, and made a name for itself on social media. He said goodbye to the screens on January 22, 2015.

Yadigar, who lives in Gaziantep and has two children, changes his life on his 12th wedding anniversary. She learns that her husband Halil is cheating on her and goes to her father’s house with her children Yaren and Yunus. Realizing that she was not wanted by her stepmother there, Yadigar delves into her mother’s old chest to remember the past and finds a letter. That his mother left him entrusted to the person to whom he entrusted; He wants her to take care of him and Yadigar.

Yadigar pursues the trust left by his mother Refika’s foster sister Hüsne without stopping. The only concern of Hüsne and Bahattin Celepoğlu, who kept the trust, is to save the steakhouses that are about to sink. Hüsne puts her hopes on her brother Civan, a chef who went to Italy years ago. Civan will return to Istanbul, he will take over the restaurant and finally, he will be able to give Hüsne and Bahattin a sigh of relief. On the one hand, the Yadigar, which they feared most, and Civan, which they brought home with great difficulty, on the other … Everything changes for the Celepoğlu family from now on. Troubles will not leave the family after this.