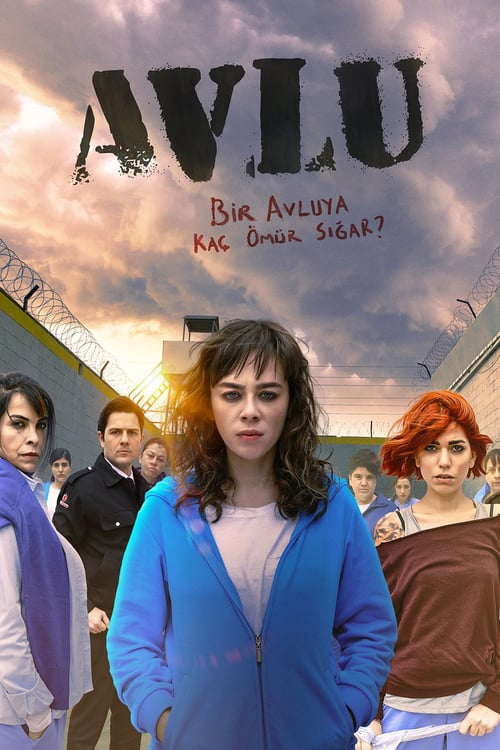 Avlu (English title: Courtyard) is a Turkish television series in the drama genrebroadcaston Star TV, directed by Yüksel Aksu and Hülya Gezer. The first episode was released on March 29, 2018. The leading roles of the series include Demet Evgar, Nursel Köse, Ceren Moray, and Kenan Ece. Based on the Australian tv series Wentworth. The Avlu, which was released on Thursday evenings for 2 seasons, made the season finale with the 44th episode published on 30 May 2019. Replays of Netflix It is also published via.

Deniz (Demet Evgar) is a beautiful and attractive middle-aged woman who has been exposed to domestic violence for a long time. Her husband Hakan (Teoman Kumbaracibasi) uses alcohol and accuses his wife of preventing him to become a successful musician. Even though they have a wealthy life, Deniz does not have happiness and peace at home. She tries to be strong as much as possible and endure this violence for the sake of her only daughter Ecem (Elem Akar).

One day, during the fight, Ecem shoots her father while she is trying to protect her mother. Deniz does not want to let her daughter get a penalty and ruin her future. For this reason, she hides the truth and takes all the blame.

Deniz is charged with the attempted murder of her husband and sent to prison. She leaves her wealthy life behind and is separated from her lovely daughter. She needs to learn how to survive in this new world that is unfamiliar to her. She is scared and finds herself in the middle of prisoners and prison officers.

There are two groups in the prison and each of these groups wants to hold the power. Azra (Ceren Moray) and Kudret (Nursel Kose) are the leaders of these two groups. Each prisoner chooses her side and works under the command of these groups.

In Avlu (Prison Yard) tv series story, you will watch Deniz’s arrival to the prison and her transition from a scared housewife to an influential prisoner. Will Deniz get used to her life in prison? Will Deniz become the member of Azra’s group or that of Kudret’s group? How long does Deniz need to stay in this prison? Will Deniz manage to protect her daughter outside the prison?