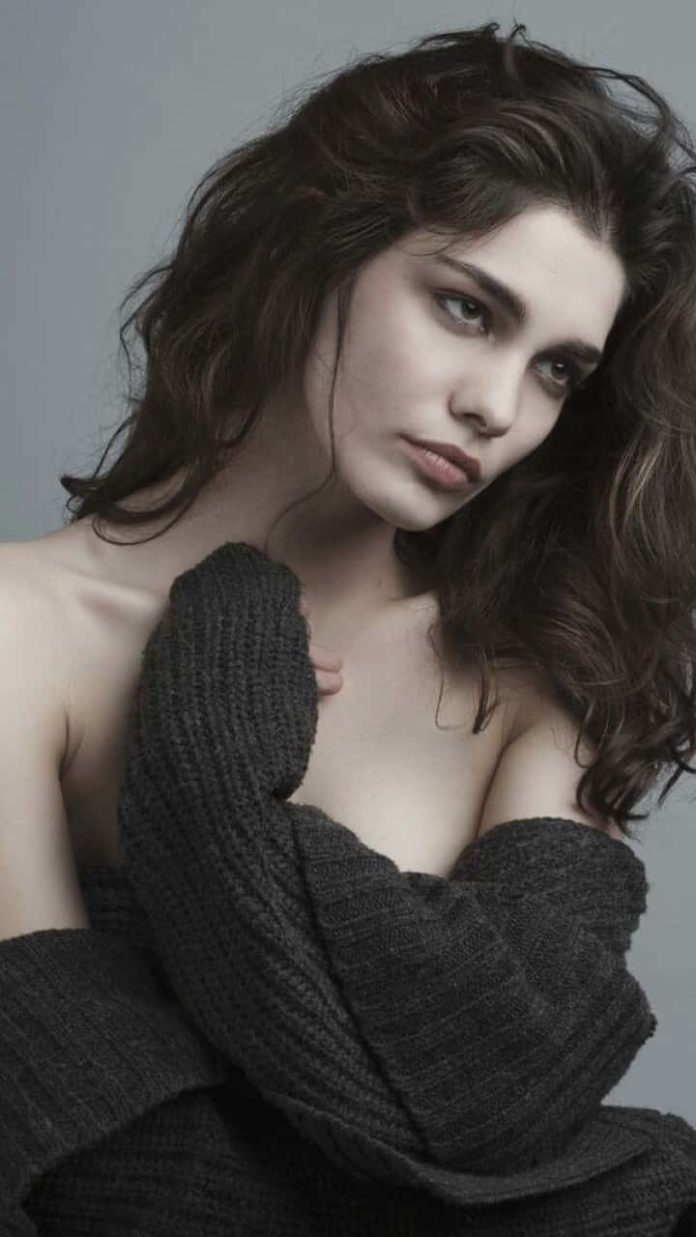 Beste Kökdemir (born 29 August 1993) is a Turkish actress. She completed her primary and secondary education in Sinop. She was later enrolled in Haliç University Fashion Design Department. Kökdemir is known for her love of tattoos. At the age of 12, she had a tattoo written “Bring me Back to Life” on her left arm. In addition, she has another tattoo written “One Day” on her right wrist.

Beste Kökdemir was born on 29 August 1993 in Sinop, Turkey. She began her acting career in 2012, and it was reported that she was cast in Bir Çocuk Sevdim, however, at the last minute, she was replaced by Gülcan Aslan. She made her television debut with Çıplak Gerçek and depicted the character of Hazal. In 2013, she appeared in the series Behzat Ç. Bir Ankara Polisiyesi. In 2014, she appeared in the series Not Defteri and portrayed the character of Selin.

In 2015, she joined the cast of the series Poyraz Karayel (Season 2). In the same year, she appeared in the series Tatlı Küçük Yalancılar and portrayed the character of Açelya. The show also starred Şükrü Özyıldız, Bensu Soral, Büşra Develi, Melisa Şenolsun and Dilan Çiçek Deniz. Kökdemir has stated that she is very self-assured and her dream is to acquire an Oscar in the future.