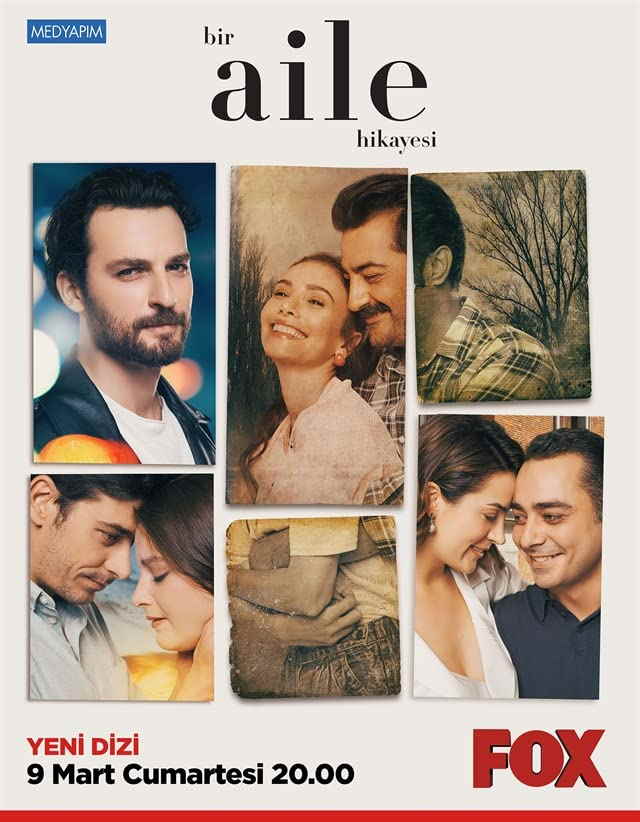 Bir Aile Hikayesi (English title: A Family Story) is a Turkish television series that started broadcasting on FOX TV on March 9, 2019, written by Deniz Madanoğlu, directed by Merve Girgin Aytekin, and starring Songül Öden, Birkan Sokullu, Celil Nalçakan, and Olgun Toker US-made This Is Us is based on the sequence. It ended with a final on October 19, 2019.

apparently will touch to hearts of everyone from every age those first love their family, and for whom they are longing for their childhood. It will also definitely remind meanings of some forgotten words, -such as family, love, friendship, compassion, fidelity, and loyalty. Bir Aile Hikayesi – A Family Story started to be broadcasted in March 2019. The TV series has started with its first episode on the 9th of March, and ever since it has been maintaining its popularity among many other TV series on Turkish televisions.

According to the ratings, tv-series has every right to be proud of itself! The main aim of Bir Aile Hikayesi – A Family Story is to show us the story of a couple who are committed to each other with eternal love. While we are watching the series, we back and further with flashbacks. So the whole story begins with the one unexpected dead birth of the expected triplets babies during birth. Then they decide to adopt an orphan who was there by coincidence. The baby was left alone by his father (with whom we are going to meet in the next episodes) in front of a mosque’s door, which is a very commonly used theme in Turkish cinema, and later on, was brought to the hospital.

Before moving forward, you keep in mind as a piece of important information that the series is a successful remake of the American version: “This Is Us”. The TV series was first aired on NBC Channel on September 20, 2016. The Series won many awards in many different categories, including Best TV Show, Best Drama, Most Exciting New Tv Series.