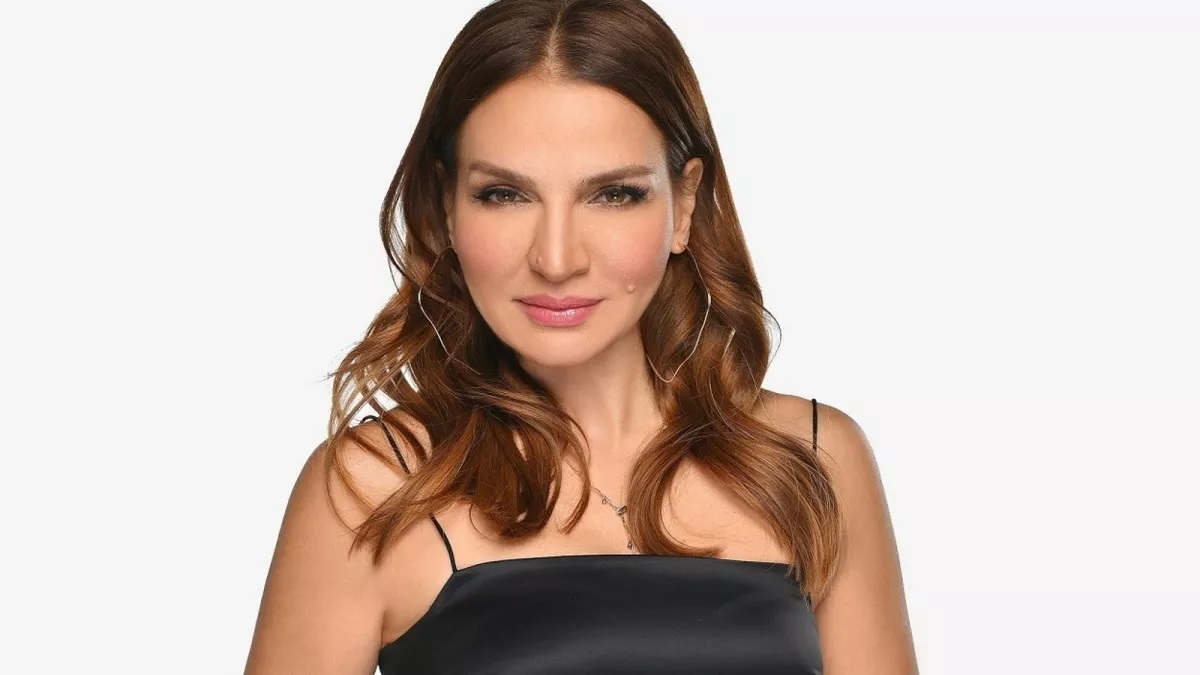 Ebru Akel (born March 1, 1976, in İzmir) is a Turkish television presenter and TV series actress. She is the third daughter of the family after her older sisters Deniz and Şeniz. She started taking ballet training at the age of seven.

She first acted as a dancer in a video clip directed by her older sister Deniz Akel. However, she had to quit ballet because of her back problems. But she continued on television. In 1996, she made her acting debut in the television series Hiç Bana Sordun Mu? Then in 1997 she presented the television show Motor Life , she. She took part in the Eltiler series, which was broadcast on TGRT in 1998. In 1998, she started to present the fashion program called Sihirli Ayna, which was broadcast on BRT and continued until 2000.

She also played in the TV series Kara Melek, which was popular in the period between 1998 and 2000 and was broadcast on Star TV. She took part in two TV series called Benim Için Aglama in 2000 and Kumsaldaki Izler in 2001 . Returning to the presenter again in 2001, Akel presented many beauty contests such as Best Model of the World, apart from the reality show Hepsi Gerçek. In 2003, she hosted the marriage programs, which is a new era in Turkish television.

Ben Evleniyorum, Biz Evleniyoruz, Sevda Masalı, İkinci Bahar and Gelinim Olur musun?, broadcast on Show TV? Presented television programs. Size Anne Diyebilir miyim? in 2005 She broke a record in her career by hosting a live broadcast for 8.5 hours with the program called She. Apart from that, she presented another marriage program called Gönüllerde İkinci Bahar. Akel, who made an agreement with Loreal in 2005, became the first Turkish model to sign an international agreement by doing hair modeling for 2 years.

Apart from that, she took part in many commercials. In 2005, she presented the Kanal D competition titled Hayaller Gerçek Oluyor. She also played the character of “Nilüfer” in the movie Organize İşler, starring Yılmaz Erdoğan, Demet Akbağ, Altan Erkekli, Tolga Çevik and Özgü Namal . In 2005, she took part in İlk Göz Ağrısı series, where she shared the lead role with Cem Davran . In 2006, Azap Yolu was broadcast on ATV, starring Kadir İnanır, Melisa Sözen and Kaan Urgancıoğlu. She played an important role in the TV series.

Continuing as a presenter as well as acting, Akel presented the contest called Oriental Star, which was broadcast on ATV for two seasons in 2006 and 2007. In 2008, she shared the leading roles in the movie Sıcak, produced and directed by Abdullah Oğuz, with Cem Özer, Gürgen Öz and Hazım Körmükçü. Between 2010 and 2011, she played the role of ‘Biricik’ in the TV series Küçük Sırlar , which was broadcast on Kanal D and Star TV.