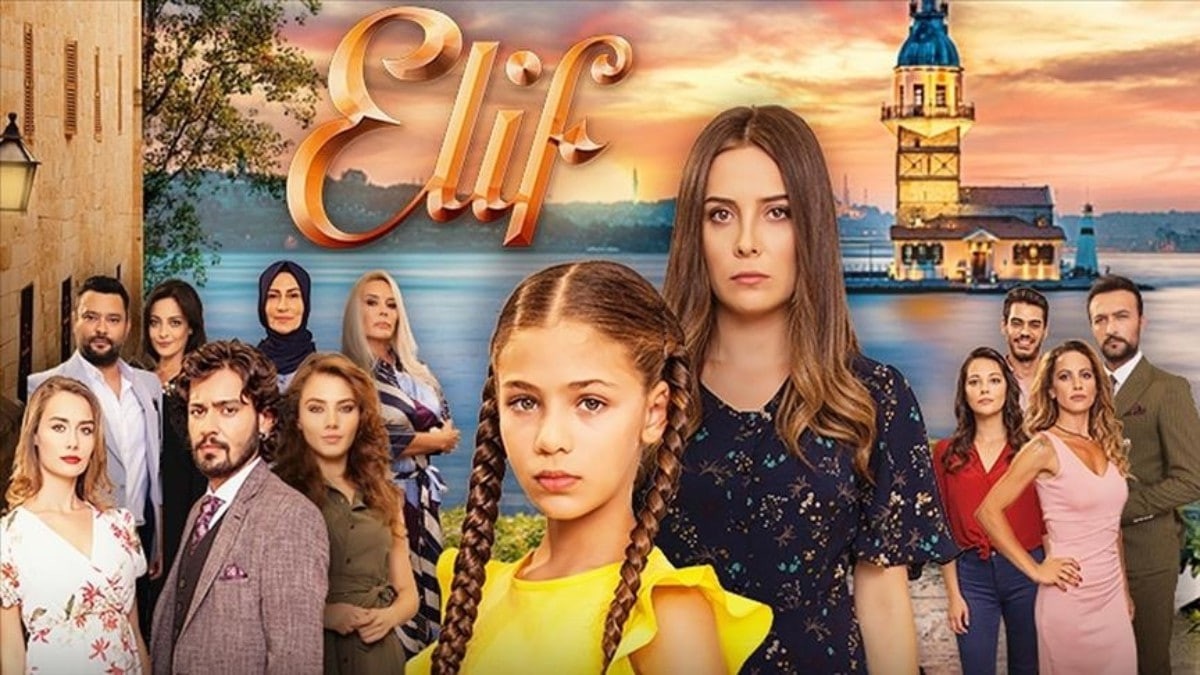 Elif (English Title: Elif) is a Turkish TV series that aired weekly on Kanal 7. It tells the story of a 6-year-old girl separated from her mother.

Season 1
Elif, a pretty and kind 6-year-old girl, is in danger of being sold to pay the gambling debts of her stepfather, Veysel Şimşek. Her mother Melek escapes but finds out that she is very sick. She leaves Elif in the protection of her best friend, Ayşe Doğan, a maid in a wealthy family’s household. Ayşe tries to get permission from the Emiroğlu family to raise Elif in the mansion. However, she is holding a well-hidden secret: Elif is the biological child of Kenan, the beloved eldest son of the wealthy family.

Kenan is unaware that Elif is his child from a past love his family forced him to leave. He is now married to Arzu Karapınar. They have a daughter, Tuğçe Emiroğlu, who is a very spoiled girl known for her bad temper. Elif is forced to live at the luxurious estate, away from her beloved mother, and is unaware of her proximity to her biological father.

Season 2
Kenan’s wife, Arzu, feels threatened. She and her father, Necdet Karapınar, conspire to hide a secret from Kenan about her daughter Tuğçe that she is not his biological child, Arzu would do anything to keep her position in the family safe, creating danger for Elif. However, as crimes committed by Necdet and Arzu exploded, Melek and Kenan reunite. Melek tries to ensure that Kenan and Elif will not be separated again.

Selin Sezgin was born on June 20, 1990 in the Altındağ district of Ankara. She is originally an Aydın but has spent most of her life in Istanbul. She has been the advertising face of brands such as ‘Garanti’, ‘Dove’ and ‘Turkcell’.

Selin Sezgin, who studied at the department of Ceramics And Glass Design of the Faculty of Fine Arts of Mimar Sinan University, received an acting education from Ümit Çırak.

Melisa Döngel (born 18 September 1999) is a Turkish actress and model best known for her role as Deniz Çelik in the drama series Bizim Hikaye. She completed her education at Osman Yağmurdereli Art Academy.

Melisa Döngel was born on 18 September 1999. She started her acting career with the Elif series, which premiered in 2014. In 2016, she played the character of Sevtap in the TV series Hangimiz Sevmedik.