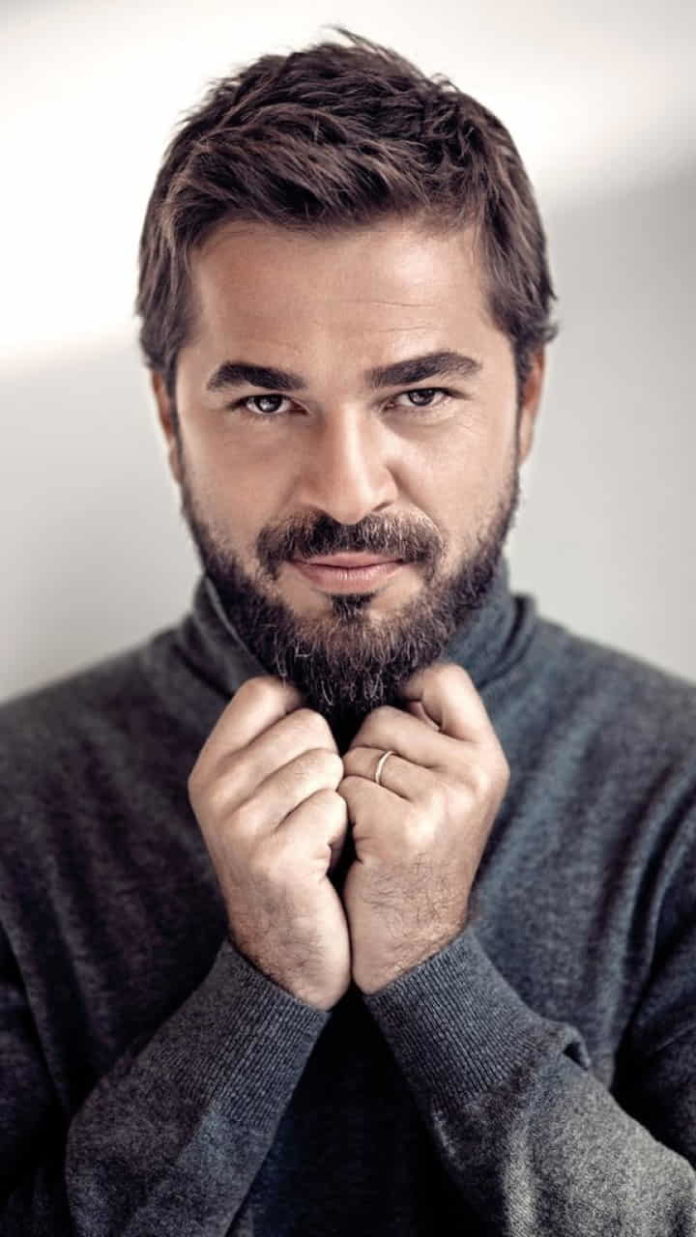 Engin Altan Düzyatan (born 26 July 1979) is a Turkish film and television actor. Born in Karşıyaka, İzmir Province, Turkey, Düzyatan studied theatre at the Dokuz Eylül University in his home province before making his acting debut with Ruhsar (2001). He then went on to act in various roles in film and television in Turkey.

Düzyatan rose to international prominence for his role as Ertuğrul Bey in Diriliş: Ertuğrul.

Düzyatan was born on 26 July 1979, in Karşıyaka, İzmir, Turkey, to Mevlan and Gülşen Düzyatan. Engin Altan Düzyatan began acting during his high school days. His parents were Turkish migrants from Yugoslavia. He joined Dokuz Eylül University to study theatre. He completed his course and moved to İstanbul where he started his professional acting career.

Düzyatan in 2013
He made his screen debut in the television series Ruhsar and went on to appear in Yeditepe İstanbul, Koçum Benim and Alacakaranlık. In 2005, he acted in the films Beyza’nın Kadınları, directed by Mustafa Altıoklar, and Kalbin Zamanı. In 2007, Düzyatan appeared in the series Sevgili Dünürüm with Haluk Bilginer, Sumru Yavrucuk and Nevra Serezli. His next roles were in the films Cennet (2008) and Mezuniyet (2009).

In 2009, he played Doctor Serdar Batur in the series Bir Bulut Olsam with Melisa Sözen and Engin Akyürek, written by Meral Okay. Düzyatan acted in the films Romantik Komedi, New York’ta Beş Minare and Bir Avuç Deniz in 2010. He hosted the game show Canlı Para which is Turkish version of The Million Pound Drop Live on Show TV in 2010 and 2011. In 2014, he appeared in the series Cinayet with Nurgül Yeşilçay, Uğur Polat, Şükran Ovalı, Ahmet Mümtaz Taylan and Goncagül Sunar.

From 2014 until 2019, Düzyatan starred in the TV series Diriliş: Ertuğrul as the eponymous character on TRT 1. Düzyatan was initially reluctant to accept the role, fearing the show would be “ridiculous”. He read 13th century works such as the Book of Dede Korkut in preparation for the part. Düzyatan called Ertuğrul “a real hero”, and “smart, mature and just”, praising his “vision, strength, purpose in life and all of his values”, and feeling his portrayal was important in providing a Turkish equivalent to Batman and Spider-Man. Düzyatan will appear as Oruç Reis Barbarossa in the Turkish TV series Barbaroslar in 2021.