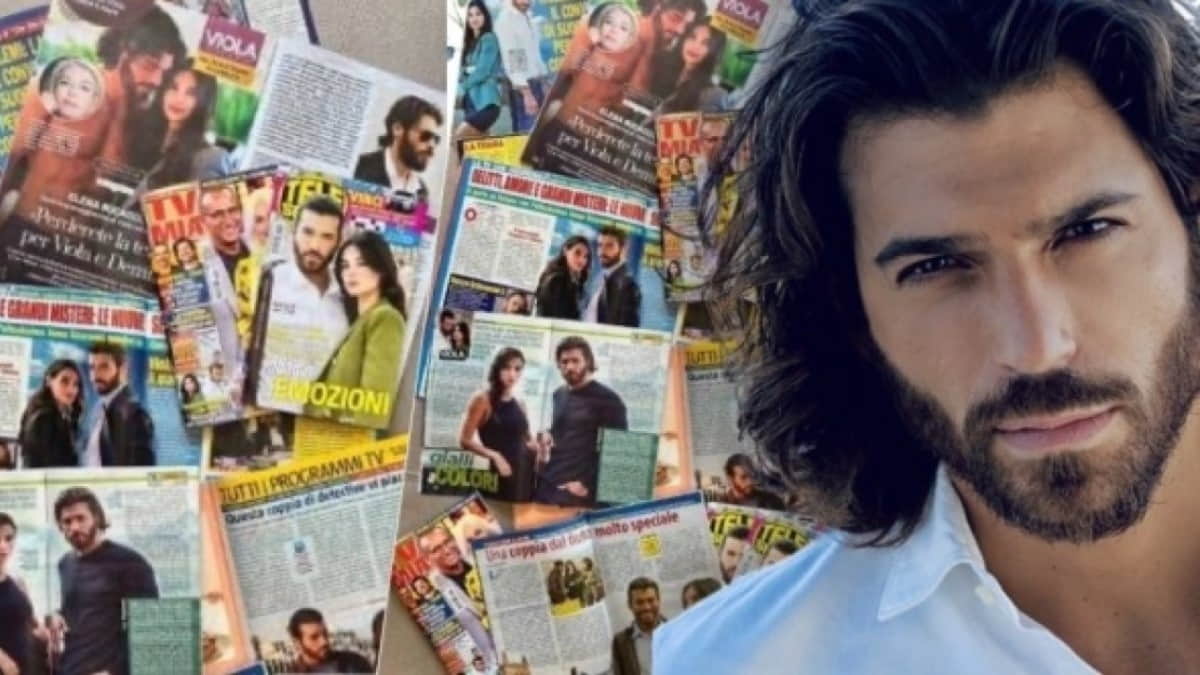 Can Yaman who played in Viola Come Il Mare with the character of policeman Francesco Demir and co-starring with Francesca Chillemi, will meet with the audience on the Italian channel Canal 5 on September 30.

With only a few days left until the broadcast of the series, the actor continues to find a place in the Italian media. The Turkish fans of the actor, who continues his career in Italy, are waiting to meet Yaman with El Turco, which was shot for Disney Plus.

In an interview with Corriere Della Sera, on the occasion of the debut of his new television work, Viola come il mare, the fiction that sees him as the protagonist with Francesca Chillemi broadcast on Canale 5 from Friday 30 September, is told without delay, revealing several unpublished details about his past and telling his relationship with beauty, a double-edged sword, and an element that alone, as he says, it is not enough to lead to success.

“It is the others who always remind me that I am beautiful, if it were for me, you will have already forgotten” this is how Yaman begins to those who ask him what relationship he has with his beauty. “If I hadn’t been beautiful I would have been even more successful. We need to go beyond prejudice. There are people more beautiful than me, but if the appearance is not accompanied by other virtues such as tenacity, grit, discipline, and determination, it doesn’t go far. . Beauty alone is not enough, as well as talent “. In fact, Yaman does not believe that beauty, in itself, is an advantage and that it can promote success. Without studying, according to Yaman, nothing can be achieved and he himself admits that he has always been a “nerd” since school.

“I was a nerd at school”

“At school, I was really a nerd”, remembers Can who studied in a scientific high school in Italian because he was pushed to study this language by his mother’s teacher who, in raising his son, had a fundamental role. It is thanks to her, in fact, that the young Can approached the Italian culture that today has given him the greatest success of him, of being an actor (in Italian) and being appreciated by everyone.

“I went to high school in Italian, an elitist but necessary choice for my parents. At school I was a nerd, for me education was a way out, improving myself was an escape, and my father’s job (lawyer) it was bad. My parents told me that they could move to another school because of the cost and this gave me incentives. I finished my studies and was the best in school. My average, 92.57%, remains the record. They never beat me.”

As for Can’s relationship with Italian culture, the actor admits he’s always been in love with it. “I have always liked it, I liked everything from architecture to cooking to machines. Then fate, irony, brought me here”.