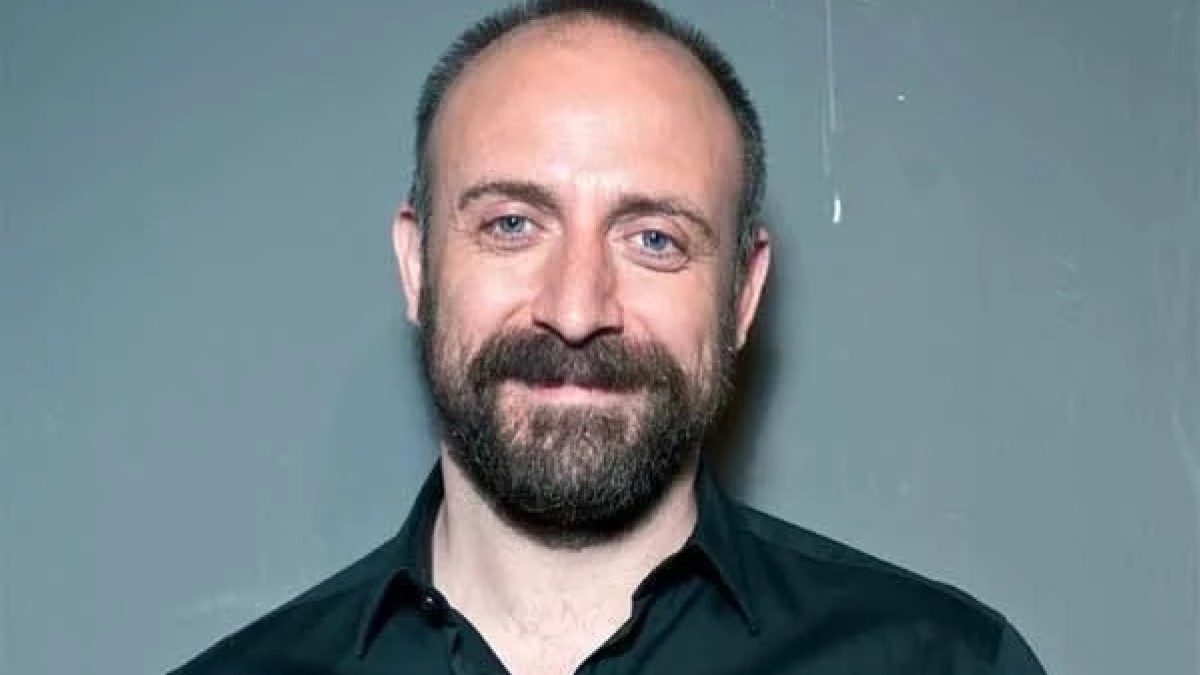 He graduated from the Operetta and Musical Theatre Department of the Mimar Sinan Fine Arts University. He supported himself by working as a computer operator and marketer. He briefly worked as a backing vocalist and dancer for Ajda Pekkan and Leman Sam. In 1996, Ergenç began acting at the Dormen Theatre and had his first leading role in the musical The King and I. He gained recognition with his role in the television series Kara Melek.

He continued working in theatre in plays such as Kiss Me, Kate, Tatlı Charity, Beni Seviyor, Kral ve Ben, Amphitrion 2000, Evita, Hayalet and Ötekiler and Şarkılar Susana. Following appearances in the series Köşe Kapmaca and Böyle mi Olacaktı, he went to New York and acted in the musical The Adventures of Zak. In 2000, he acted in both films Hiç Yoktan Aşk and Ölümün El Yazısı as well as in series Dedem, Gofret ve Ben and Zerda.

Then, he appeared in a number of plays such as Bugün Git Yarın Gel, Popcorn, Arapsaçı and Sevgilime Göz Kulak Ol. In 2004, he took part in the series Aliye with Sanem Çelik and Nejat İşler. In 2005 and 2006, Ergenç took part in the films Babam ve Oğlum directed by Çağan Irmak, The Net 2.0, Tramway and İlk Aşk. In 2006, he starred as Onur Aksal in the hit series Binbir Gece that aired until 2009.

During this period he also had roles in the films Devrim Arabaları which was based on a true story and Acı Aşk. Ergenç also starred as Mustafa Kemal Atatürk in the film Dersimiz Atatürk. In 2011 he starred as Suleiman the Magnificent in the hit series Muhteşem Yüzyıl until 2014. Ergenç was involved in the Gezi protests of 2013, appearing in newspaper photos wearing a Bob Marley T-shirt and surgical mask for protection against tear gas.

His presence made for interesting copy, since he at once played the role of one of the Ottoman Empire’s foremost leaders in the show Muhteşem Yüzyıl, and at the same time he was protesting the actions of a government very much invested in celebrating Ottoman glory. Ergenç was subsequently summoned with other cultural leaders to a meeting with Turkish Prime Minister Tayyip Erdoğan, and Erdoğan quizzed Ergenç on Ottoman words used by Suleiman, the character whom Ergenç played in Muhteşem Yüzyıl.

After, he played Fatali Khan Khoyski the first Prime Minister of the independent Azerbaijan Democratic Republic in Ali & Nino. He played in the movie İstanbul Kırmızısı directed by Ferzan Özpetek. In 2016, he started playing opposite his wife Bergüzar Korel in Vatanım Sensing.

He is married to actress Bergüzar Korel with whom he has two sons named Ali and Han, and a daughter named Leyla. The couple started dating in 2008 and have been together for around 13 years, 8 months, and 23 days.