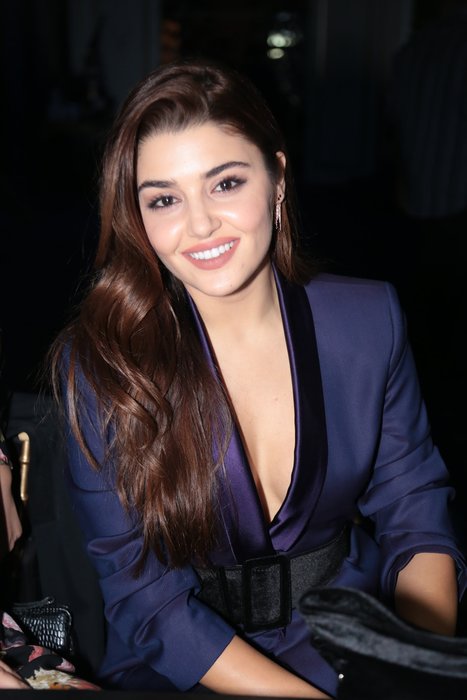 Hande Erçel (born 24 November 1993) is a Turkish television actress and model. Erçel is known for her lead role in Aşk Laftan Anlamaz (2016–2017) as Hayat Uzun – Sarsılmaz, opposite Burak Deniz as Murat Sarsılmaz, first love Hande Erçel and as Selin Yılmaz – Mertoğlu in Güneşin Kızları (2015–2016). Also she played the role of Hazal in Siyah İnci on Star TV.

Hande Erçel won the title “Miss Turkey” in 2012 and landed her the role of Zahide in the show ‘Çalikușu’ in the same year. Following her win, she tried her luck in the modeling industry.

This boosted her presence in the showbiz and landed her the role of Meryem in a short-lived Turkish TV series ‘Çilgin Dershane Üniversitede’.

She also played a minor role as Selen in another TV series ‘Hayat Ağaci’, which means ‘Life of Trees’.

Hande’s noticeable portrayal is of Selin Yilmaz in 2015 TV series, ‘Gunesin Kizlari’. Her major and most popular role in TV series is of Hayat Uzun in the romantic-comedy drama ‘Aşk Laftan Anlamaz’ (English: Love cannot be understood by words).