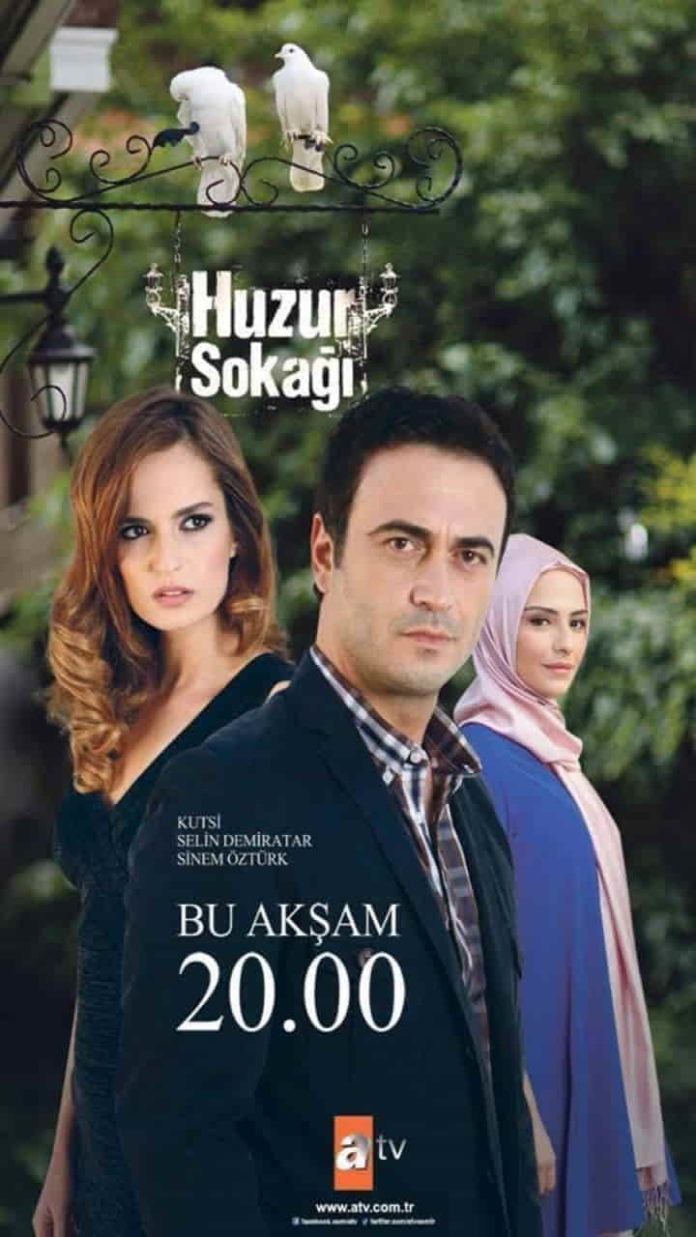 Huzur Sokağı (English Title: Peaceful Street) is a Turkish- made television series broadcast on ATV since 7 September 2012. Sule Yuksel Senler ‘in the same book is adapted. The showtime of the series, which was shot in Istanbul, is 90 minutes. The leading roles are Selin Demiratar , Kutsi , Güven Hokna , Sinem Öztürk , Gökhan Mete and Yeşim Salkım . On April 18, 2014, he said goodbye to the screens with the 67th episode.

The dramatic and exemplary love story of two opposite people living in the same neighborhood of a peaceful neighborhood, which everyone longs for, is told.