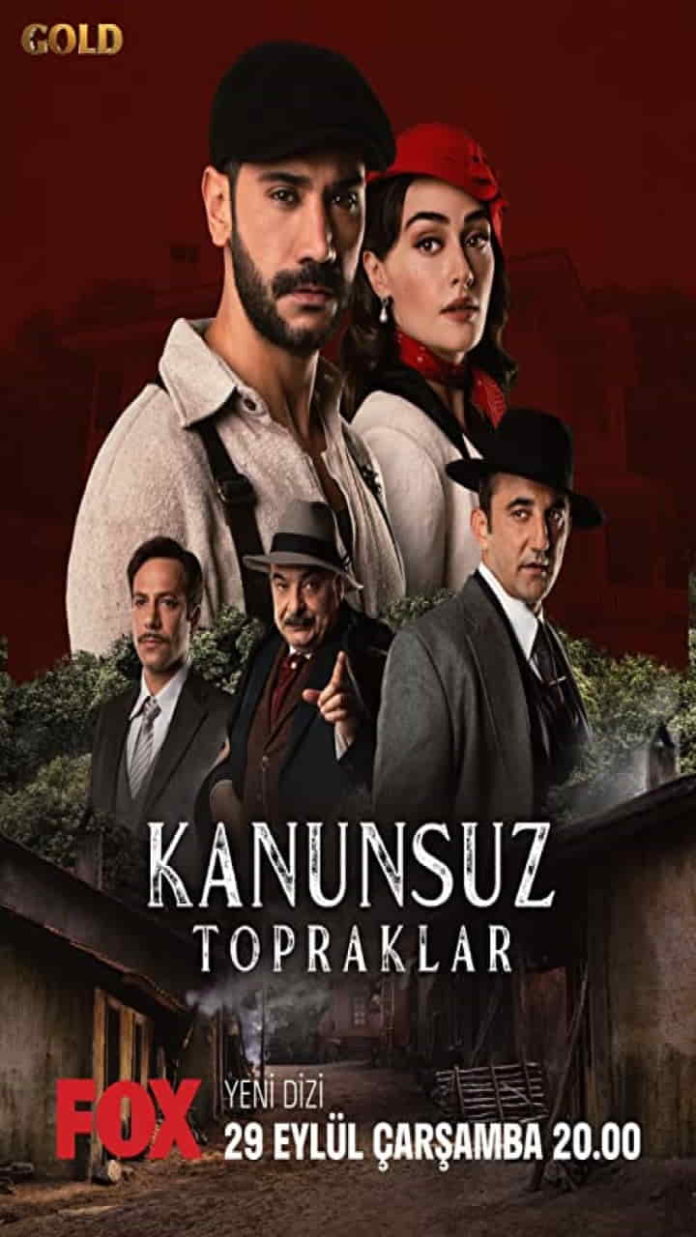 Kanunsuz Topraklar (English Title: Lawless Lands), Golden Movie signed, the first part was published on September 29, 2021, to the director’s chair Faruk Teber ‘his seat in the screenplay Zulkuf Yucel ‘ in which he wrote, drama in the genre of Turkish -made television series. The leading roles are Uğur Güneş , Esra Bilgiç and Necip Memili.

In 1939, in a town in the coal city of Zonguldak, miner Davut (Ugur Güneş) leads a modest life with his siblings and parents. The owner of the mine is a rich man named Paşazade Malik Bey (Murat Daltaban). On a day when it rained a lot, because of Mr. Malik, who did not take the warnings into account, the expected happened and the mine collapsed. David decides to raise his voice against this order. Malik Bey also has an unexpected offer for Davut.

Malik Bey’s daughter Gülfem (Esra Bilgiç) was raised away from the realities of life, protected. Over time, Gulfem begins to admire Davut, whom he sees as an unruly, disobedient, and even rude man. Malik Bey is considering marrying his daughter Gülfem to a wealthy mining boss named Ali Gedik (Necip Memili).