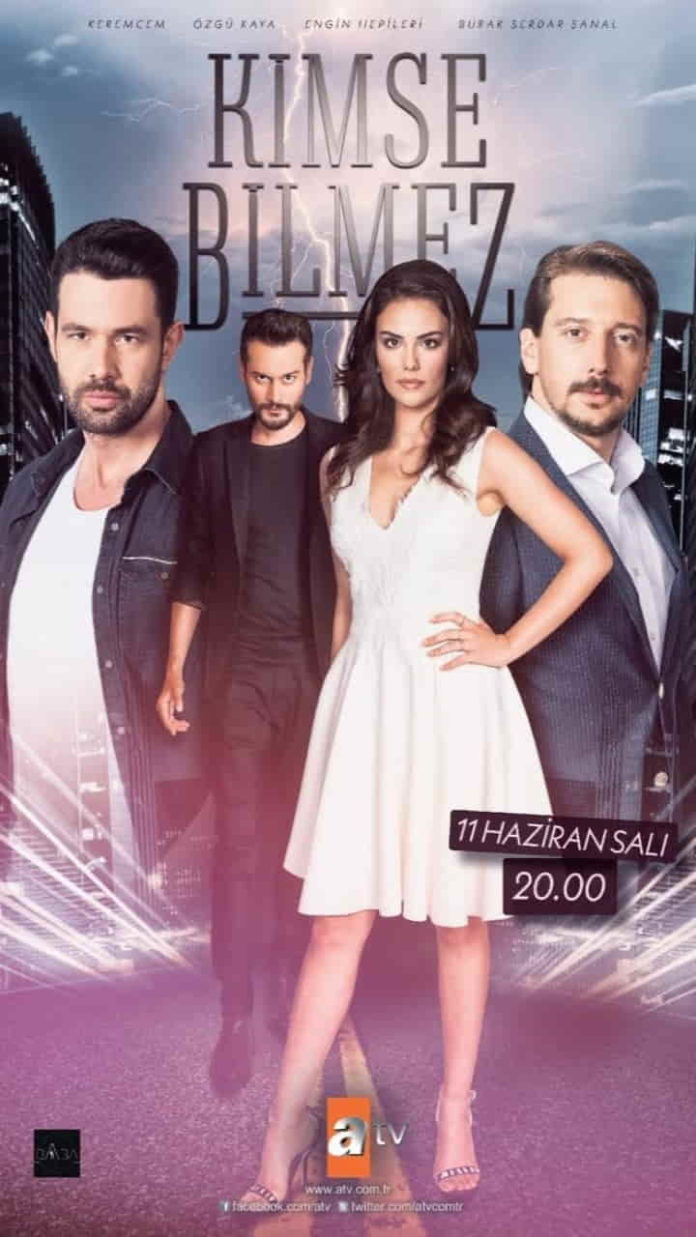 Kimse Bilmez (English Title: Nobody Knows) is a Turkish-made family and drama series directed by Hakan Eren and Kartal Çidamlı, written by Hasan Burak Kayacı, Kemal Çelik, Pınar Uysal and Ahmet Özdemir. It ended on December 29, 2019 by making the final.

Sevda is a young girl who grew up with the dream of becoming a star from an early age. His dreams give him the opportunity at some point and he has been chosen as the young face of a brand. Sevda learns that her young brother is in the hands of a mobster while receiving this happy news. The mafia says it’ll release your brother in exchange for ransom. Sevda finds a solution to save her brother. This solution will have a significant impact on his life.

Uygar Sarikaya because he belied obsessively in love with Sevda. Uygar Sarikaya and the men with him go after Sevda. After learning of this incident, Ali Hüroglu immediately assists Sevda. He tries to protect her from Uygar by taking her into his own home. Sevda is grateful to Ali for their kindness. Ali’s sole purpose now is to save Sevda’s brother.

Burak Serdar Sanal was born in Istanbul, Turkey on August 28, 1988. Turkish actor is best known for his work in television. He is known for having played the role of Bell in the series Europe and for having played Bernardo in the 2014 series Keep Your Promise. He starred alongside Yusra Geyik and Onur Bay in the 2006 television series Back Streets.

He’s a very handsome, charismatic, and intelligent man. Brave and altruistic. Extremely agile. He’s experienced the pain of all kinds of loss at a young age. Dedicated to God and to the people. He benes famed as “Ali Hodja” because of his good deeds. His only purpose in life is to find his missing brother.

She’s smart, she’s maverick, she’s funny, and she’s beautiful. According to Sevda, there is no love, people have needs. She’s fond of her freedom. She doesn’t like to give up. If she’s got something in mind, she’ll do it. She’s loyal to her goal. She won’t run away from difficulties. She always knows how to take care of herself.

He’s very rich, handsome, and cunning. He believes he deserves everything he wants. He avoids turning all kinds of intrigues on the way to the target. He can’t afford to lose. He only thinks of himself, his own happiness. He’s ruthless. He’ll do anything to get what he wants. He cares about no one but himself.

English Subtitles
Various Websites are Translating this series in English subtitles. Below are the links to the site.
Promix TV | TurkFans | Turkish123