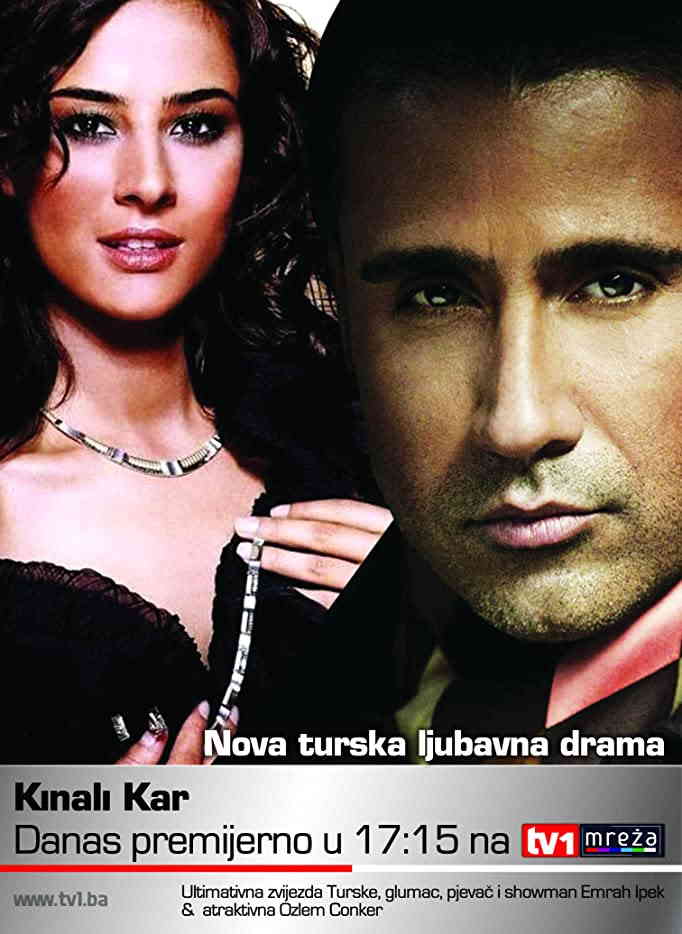 Kınalı Kar (English title: Kınalı Snow) is a miniseries portraying the love stories of several people in the fictional Turkish village of Kınalı Kar, most notably Ali and Nazar.

Directed by Taner Akvardar, Kınalı Kar was a romantic drama about the young teacher Ali from the big city (played by Emrah) whose teaching assignment is given to him in a remote village in Turkey. While it takes some time for Ali to adjust to the village life, he quickly makes some friends.

Nazar, Sumru, Fadik, and Pinar are the four children of Halil Bey and Sureyya Hanim. Nazar is the oldest and the role model. She is the ambassador of the family and the most mature of the girls. Sumru is the next oldest – she is jealous of all the attention that Nazar gets and can’t wait for her to get married so she can marry. (In Kinali Kar tradition, marriage rights take precedence with age. The oldest girl marries first, and if she doesn’t marry, none of her siblings can marry.) Fadik is the third oldest. She is the funny, quirky, immature, and innocent daughter. She doesn’t have any agendas with anybody except Demir. She is madly in love with Demir. Last, but not least, there is Pinar, the youngest daughter. She is the most educated of the daughters and the most mature, next to Nazar. She eventually takes over Ali Ogretmen’s post as the village teacher after he dies.