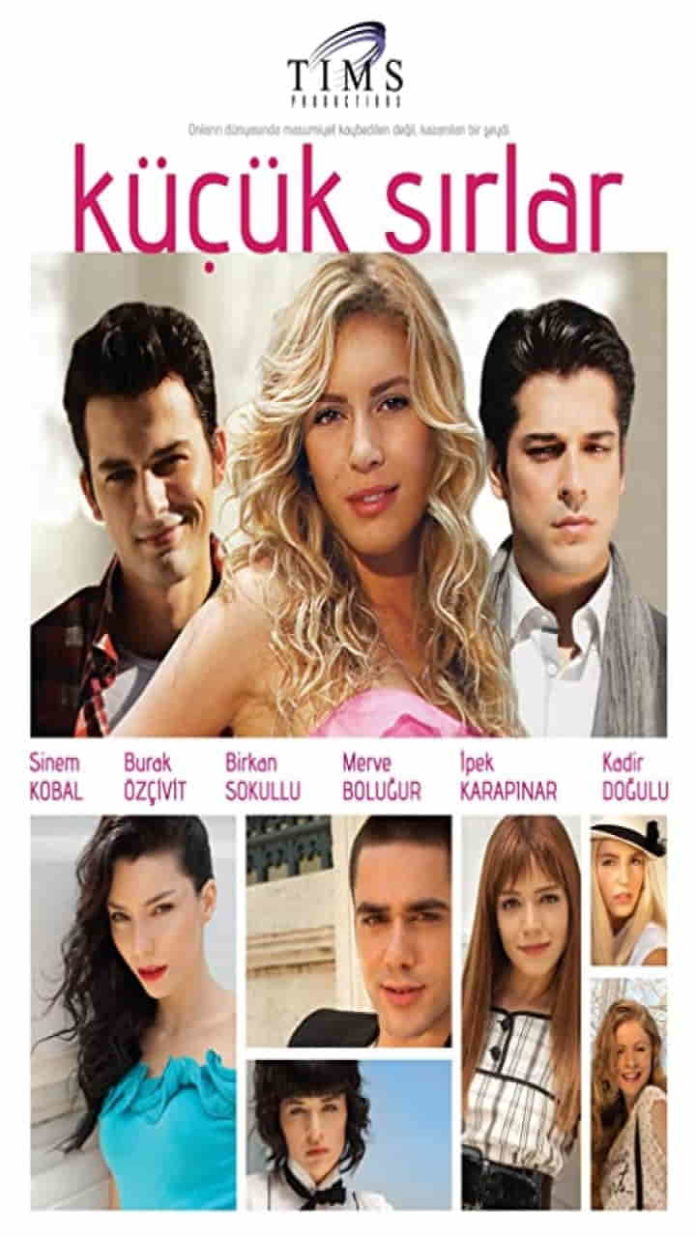 Küçük Sırlar (English Title: Little Secrets) is a Turkish teen drama television series aimed at teenagers and based on the American television series Gossip Girl (2007–2012), It was produced by Tims Productions and Warner Bros. International Television Production International Television. The series originally ran on Kanal D from July 2010 to November 2010 and then on Star TV from October 2010 to September 2011.

A world, sparkling, dazzling, and seductive.

And the dark side of that world, betrayal, lies, and the most dangerous games imaginable.

Little Secrets tells the story of the fun yet harsh sides of young people whose glamorous and sparkling lives center on romance and popularity; and it also tells the stories of their families, which are dark, complicated, and interwoven with despair and hatred as well as with love in darling and striking manners as never been told before. The series is centered on the lifestyles of young people in a world where appearance is everything and yet nobody is as they seem.

Almost all characters in Little Secrets live inside a “display window”. We recognize pretty much all of them from the second-page news in newspapers’ magazine supplements. That’s why while they seem so far away, they are actually very close. While they may fight in bigger arenas with much stronger enemies, their wounds, feelings, romances, love affairs and hatred are just like ours.

There are no limits to the money they own and the power that comes with it. In such a world of opportunities, it is impossible to hold onto one’s love, friends, family, and one’s own self.

But what about none’s innocence?