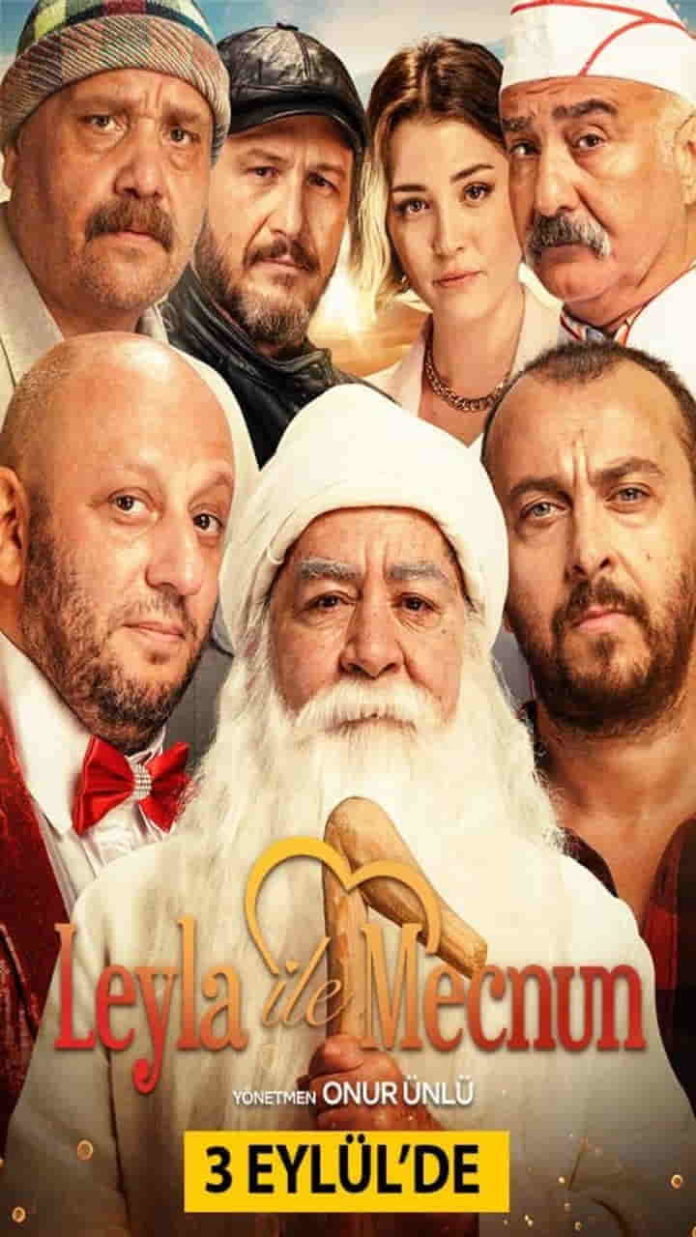 Leyla ile Mecnun (English Title: Leyla and Mecnun) is a Turkish television comedy series. The series, set in Istanbul and directed by Onur Ünlü, premiered in 2011 on TRT. It is a surreal, absurdist comedy revolving around the poetic love story of Layla and Majnun. It will return in 2021 at Exxen

Leyla and Mecnun were born in the same hospital and shared the same crib because of a shortage—hence the series’ catchphrase, “They found each other from the beginning”. They were named after the legendary lovers Leyla and Mecnun. Mecnun, a confused 25-year-old from a middle-class family, lives in a historic Istanbul neighborhood. Mecnun falls in love with Leyla at first sight and becomes obsessed with her. Leyla, from an upper-class family, leads a different life than others in the neighborhood. She enjoys the time she spends with Mecnun since life is more interesting with him.

Other notable characters in the series are Dede, Iskender, Ismail, Erdal, Yavuz, and Arda. Dede, a character in Turkish folktales, appears in dreams to provide direction and foreknowledge. A surrealistic element of the show, Dede appears in one of Mecnun’s dreams; when Mecnun wakes up, he sees Dede standing by his bed. Afterward, he lives with Mecnun to help him with Leyla.

Iskender, Mecnun’s father, drives an unreliable taxi and is devoted to his family. To make his son happy, he asks Leyla’s father for permission for Leyla and Mecnun to marry despite repeated refusals.

Ismail, Mecnun’s closest friend, is a colorful character who is loyal and pure at heart. It is learned in one episode that Ismail and his father were abandoned by his mother because her life was not colorful enough. Ismail takes this literally and dresses accordingly. He was adopted by another family when his father became terminally ill. His father told Ismail that he was leaving to work as a seaman and would return someday, waving from the ship; since then, Ismail has been waving to passing ships from the shore. Nothing is known about Ismail’s personal life or where he lives. He frequently changes jobs, failing at (or disliking) each one. Ismail is interested in genealogy, and famous people from the past (such as Beethoven, Picasso, and Dostoyevsky) appear in a flashback during each episode.

Erdal is the neighborhood grocer, whose work defines his life. Sometimes greedy and inconsiderate, he neglects his friends and is tactless and pessimistic. With supermarkets springing up everywhere, Erdal personifies an endangered element of traditional Turkish society. His grocery store is a gathering place for the characters.

Yavuz, a friendly neighborhood thief, describes himself as a “performance artist”. His justifications for stealing vary by episode and include helping his blind girlfriend, helping his friends, and unrequited love. Yavuz’s talents are used to benefit the neighborhood; he resents being called a thief, and always retorts: “Am I such a person?” He enjoys reading poetry.

Arda, Leyla’s classmate, is also in love with her and his wealthy father tries to persuade her to marry his son. Arda, his father, and their servants are the show’s antagonists.