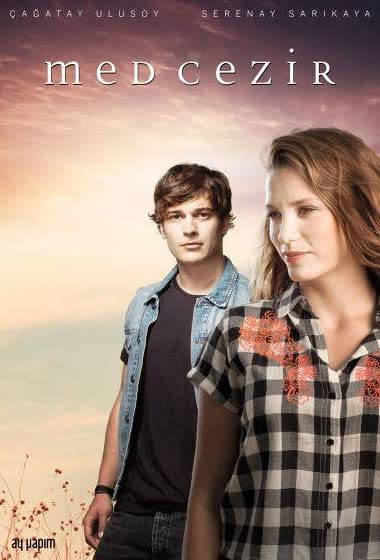 Medcezir (English title: Tide) s a Turkish teen drama series written by Ece Yörenç and Melek Gençoğlu. It is an adaptation of the American TV series The O.C., created by Josh Schwartz. The story revolves around Yaman Koper, a boy with a poor background and disturbed family life portrayed by Çağatay Ulusoy, and a rich girl named Mira Beylice, portrayed by Serenay Sarıkaya.

Mercer’ first premiered on 13 September 2013 on Star TV. Due to its high ratings, the series was renewed for a second season which premiered on 12 September 2014. Director Ali Bilgin stated that the series would be renewed for a third season. However, as the second season did not receive as high ratings as its preceding season, scenarist Ece Yörenç confirmed that the series would end with two seasons. The series ended on 12 June 2015 with 77 episodes in total.

With a turnover of ₺25.6 million by the end of season one, Medcezir became the fifth most successful series in Turkey in terms of net sales and earning the producer as much as possible.

Yaman Koper (Çağatay Ulusoy) lives in Tozludere, one of the border areas of Istanbul. He’s arrested for being on a brother’s stolen car on Abyss birthday. After Selim Serez starts to be a lawyer for Yaman, Yaman who comes to the court with his brother is acquitted but his brother goes to jail. Yaman, who lives with his mother and stepfather, is expelled from his house by his mother.

Then Selim Serez (Barış Falay), who sees his youth in Yaman and thinks that his future will be brilliant, takes him to Altinkoy where he lives. Selim Perez’s wife, Ender Serez (Mine Tugay), does not want at home because Yaman is a thief. His sons Mert Asım Serez (Taner Ölmez) like Yaman very much and want them to stay with them.

Mira Koper (Serenay Sarıkaya) meets with her neighbors Mira thinks it is Selim’s nephew. When she introduces herself, Mira thinks that she is doing fiction. When Ender does not want Yaman, Selim, who takes Yaman home, sees the police at home. Yaman’s mother stabbed her wife and was arrested. Selim, who takes Yaman back to his own house, convinces Yaman that Yaman will work as a gardener in the house and keep Ender to Yaman.

Over time, it turns out that Yaman is actually a car thief, not Selim’s nephew. Mira likes Yaman, though she is actually with her beloved Orkun, whom she does not love. Because it feels different. Mert loves Mira’s best friend Sept since childhood, but Elyul (Hazar Ergüçlü) is unaware of it. In time, after Mira and Yaman become beloved, Orkun (Metin Akdülger) tries to take revenge from Yaman, thinking that he stole Mira from him.

In the early days of Elyul Mert despised that she fell in love with a time. The tumor in Mira’s brain is a factor that determines its life. Mira’s piano teacher, Tan is in love with Mira, but Mira is unaware of it. Tan loses after the event that occurs after Tan misses Yaman. In order to be permanent in Altınkoy, Kenan (Ali Aksöz) begins to live a relationship with Mira’s mother Sue (Şebnem Dönmez).

This relationship, which is opened later, turns everything into a confusion and many things are the beginning. Everyone’s life changes with the settlement of Nadir who wants to pay Yaman and Kenan to Yaman’s father’s mafia father Turunç Nadir to Altınkoy. In order to ensure Mira’s mother’s future, Ender’s father decides to marry Asım Şekip Kaya. On the wedding day, Selim leaves his car to talk to Ender after he learns that Ender is having love with someone else. But the car rolls away from the battlefield and Rare dies.

English Subtitles
Various Websites are Translating this series in English subtitles. Below are the links to the site.
Promix TV