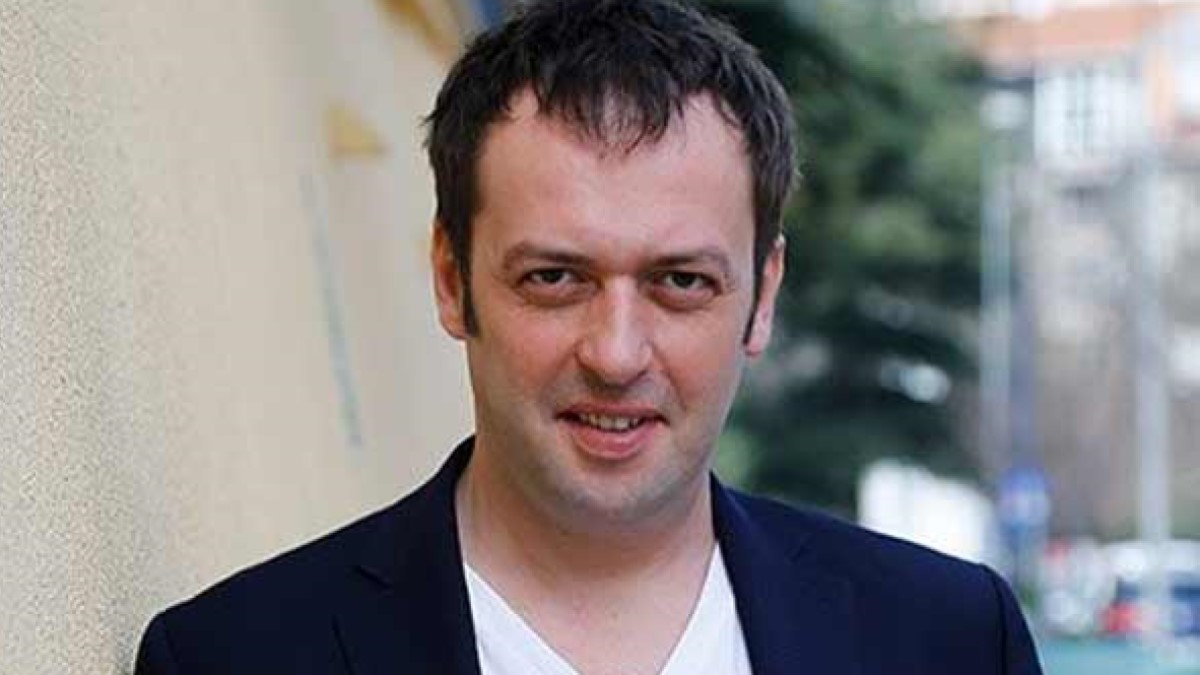 Okan Yalabık (born 13 December 1978) is a Turkish actor. He graduated in theater at Istanbul University State Conservatory and master of Film and Drama at Kadir Has University. He has appeared in more than twenty films since 2001.

Yalabık was born in 1978 in Istanbul as the second child of his family who originate from Balıkesir. He went to the Maçka Primary School at a young age and showed interest in acting. According to his interview, it was his brother, Ozan, who brought home a cassette of Ferhan Şensoy’s movie Ferhangi Şeyler and Yalabık memorized every line of it and became determined to become an actor.

He later went to Şişli Terakki High School followed by Sakıp Sabancı Anadolu High School, and in 1993 by inviting Cengiz Deveci to the school he helped in the establishment of Sakıp Sabancı Anadolu High School Theater Department. Yalabık, who played various roles in many amateur groups, eventually got enrolled in Istanbul University State Conservatory in 1997 to study theater. He had his first role in 1998 by playing the character Martı in a play at Kenter Theater.

Later he portrayed different characters in the plays Nükte, Sırça Kümes, and İnishmorelu Yüzbaşı at the same venue. In 2006, he appeared in Orhan Hakalmaz’s clip Şu Kışlanın Kapısına, and in 2007, together with Sezin Akbaşoğulları, he played in Robert Bosch GmbH’s commercial for Turkey. Later he started to act in the movies such as Gülüm and Kolay Para and was cast in the TV series Yılan Hikâyesi, Serseri, and Hatırla Sevgili In 2010, for his role as Hasan in Yavuz Turgul’s movie Av Mevsimi he won the “Best Supporting Actor” award at the 4th Yeşilçam Awards.

In the same year, he took part in Kadir Has University Film and Drama Graduate Program. In 2011, portrayed Pargalı İbrahim Pasha on the historical TV series Muhteşem Yüzyıl and has appeared in 82 episodes, though he does voiceovers in later episodes for his character. In 2015, he was cast in ATV’s Analar ve Anneler directed by Mehmet Ada Öztekin, and was part of the main cast alongside Sinem Kobal, Hazar Ergüçlü, and Binnur Kaya. But, due to low ratings, the series ended after 9 episodes.

In 2016, he was cast in a movie about the effects left behind by the Balkan Wars, titled Annemin Yarası, which was directed by Ozan Açıktan. In the same year, he voiced the characters Adnan ve Çizer in the animation film Kötü Kedi Şerafettin based on Bülent Üstün’s novel. He also continued his theater career by appearing in the play The 39 Steps in Turkey.