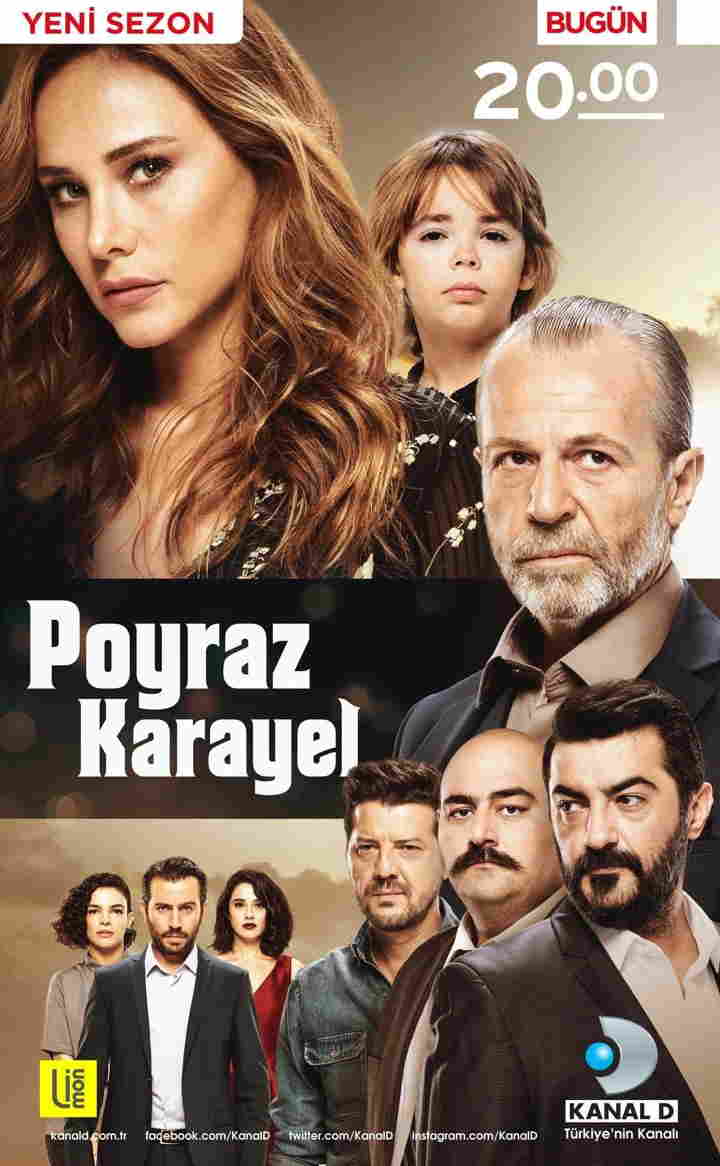 Poyraz Karayel (English title: Poyraz Karayel) is a Turkish drama television series that was broadcast on Kanal D from 2015 to 2017. It stars İlker Kaleli as Poyraz Karayel and Burçin Terzioğlu as Ayşegül Umman.

Poyraz meets Aysegul in a taxi and further in the episodes he falls in love with her. However he doesn’t know that Aysegul is Bahri Umman’s daughter, which although he finds out he decides not to tell Aysegul that he is working with her father. Further in season 1 Poyraz finds out that the chief police ‘Mumtaz’ has lied to him and that it was Mumtaz’s fault that he got blamed of committing a crime. He then also finds out that the person that gave Mumtaz the command to pull Poyraz in this trap was his father in law Unsal. In the meantime Bahri Umman finds out that his daughter and Poyraz are together, which leads to chaos.

In the second season of Poyraz Karayel, Poyraz’s sister Meltem Karayel is introduced. Further, in the season Poyraz and the other characters find out that the man that they know as Poyraz’s dad is actually his stepfather. Poyraz then finds out that his actual father is Adil Topal and that Adil Topal is Bahri Umman’s enemy from 30 years ago. This then leads Poyraz and the crew to get revenge on Adil Topal who dies soon in season 2. However the death of Adil Topal doesn’t leave the Umman household with a happy end as after Adil Topal’s son, Poyraz’s half-brother Neset Topal replaces his father’s place and starts to sell drugs abroad. He also has psychological problems and has a one-sided love for Aysegul. The second season carries on with Poyraz and his crew to stop and kill Neset, which they finally do. However, not everything ends as they wish as at the end of season 2 Poyraz is shot dead.

Poyraz isn’t dead. He returns to Istanbul after being held hostage for two years by a terrorist group he had been investigating. He comes back right on the day of Aysegul’s wedding. Things will take a strange turn, because both Poyraz and Aysegul feel like they have been betrayed by the other. After a series of arguments and confessions, the two of them reunite and Aysegul manages to get a divorce. They get engaged. Zulficar and Meltem eventually have three children, Aysegul is murdered by her former mother-in-law and Poyraz goes insane. Bahri dies a few months after Aysegul’s death, leaving Sadretin as the head of the Istanbul mafia.