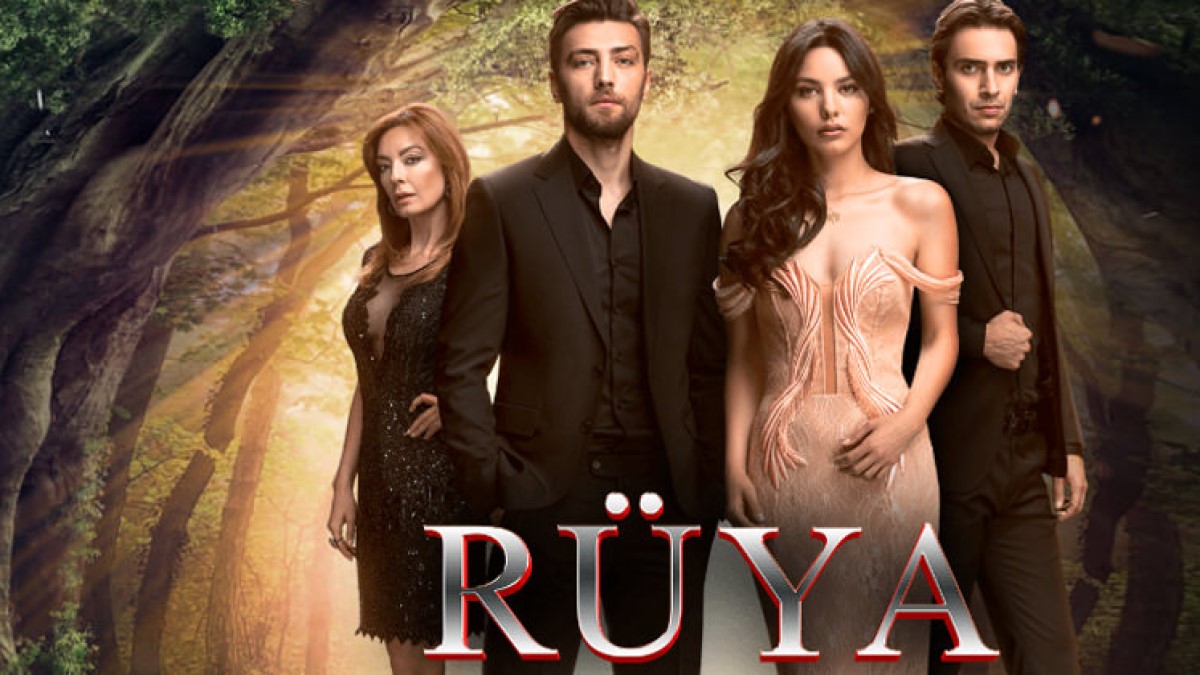 Rüya (English Title: Dream) is a Turkish family romance drama featuring Hazal Filiz Küçükköse as Elif Ardali & Ceyhun Mengiroglu as Bulut Giray. The series was broadcast on Show TV on 18 July 2017. It ended with its 10th episode, which was broadcast on 24 September 2017, by making a final. It consists of 1 season in total.

Cemal San is sitting in the director’s chair while the young girl (Hazal Filiz Küçükköse) who is experiencing financial difficulties and the rich man (Ceyhun Mengiroglu) love story is told the screenplay of the series is the Kaktus Yazi Grubu. Elif, who wants to be an artist, meets with the textile custodian, Bulut, and falls in love. However, there are many obstacles in front of this love, especially Elif’s family.

Hazal Filiz Küçükköse is a Turkish Actress. She came to the world in February 1988 in Mersin. Hazal completed her high school education in Ankara. She is the best know for her acting in Kara Sevda as Zeynep.

Ulaş Tuna Astepe (born 5 May 1988) is a Turkish actor. He finished his elementary and secondary education in İzmit and enrolled in Istanbul High School.

In 2008, Astepe worked as a costume assistant on the set of The Ottoman Republic, after which he appeared in several plays and TV series. He portrayed the character of Orhan in the TV series Karadayı, Mustafa in Analar ve Anneler dizisinde, Alaz in Rüya, and Tahir in Sen Anlat Karadeniz.

Özge Özder (born 1 April 1978) is a Turkish actress best known for her role as Emel in the comedy drama series Umutsuz Ev Kadınları and as Kıvılcım in Mucize Doktor.

Özder was born in 1978 in Ankara. Her maternal family is of Circassian descent. She founded “Bana Göz Kulak Ol” with Aslı Tandoğan. She finished her middle and high school studies at the Ankara Private Yükseliş College.