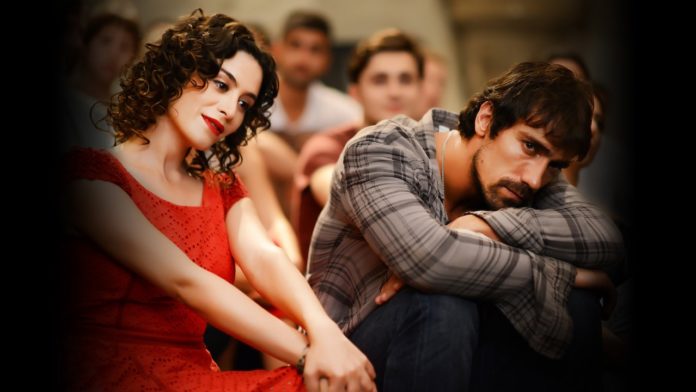 Sadece Sen is a remake of the Korean Movie Always (2011). It is a Turkish Drama Film directed by Hakan Yonat. It’s a story of an ex-boxer who falls in love with a blind woman and starts to build a new life, but his violent past returns to endanger them both.

Ali is a lonely, former boxer with a tragic, violent past he would like to forget. When he meets Hazal, a beautiful, blind woman, he rejects her overtures of friendship. But he can only resist her for so long. Hazal’s unconditional acceptance of Ali and her cheerful optimism begin to break through the walls he has built to protect himself. As their relationship develops, it changes and enriches both of their lives. But a shocking revelation and subsequent sacrifice will challenge everything they have known.

İbrahim Çelikkol (born: February 14, 1982) is a Turkish TV series and film actor, a former player of The Turkey national under-20 basketball team, and a fashion model. His maternal family is of Pomak origin who immigrated from Thessaloniki, Greece. His paternal family is of Arab descent.

His father was a football player. When he died, İbrahim Çelikkol left basketball. His family is generally sportsmen and musicians.

Barış Arduç (born 9 October 1987) is a Swiss-born Turkish actor. After meeting theater actress Ayla Algan, he started professional acting. His breakthrough came with the premiere of Kiralık Aşk. Apart from his television career, he is also featured in motion pictures.

Kerem Can as Koray

English Subtitles
Various Websites are Translating this series in english subtitles. Below are the links of the site.
Netflix | Youtube