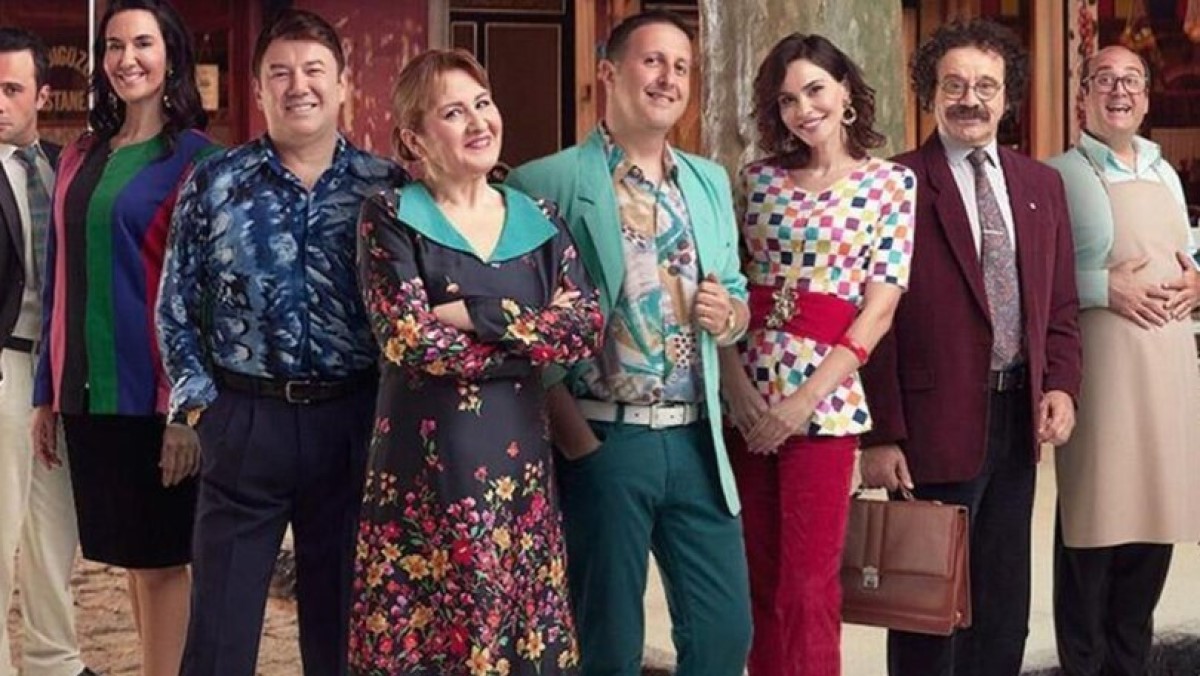 Seksenler (English Title: The Eighties) is a romantic, comedy, and nostalgic Turkish television series produced by MinT Motion Pictures and started broadcasting on TRT 1 on January 24, 2012. The series ended in its 6th season with the 228th episode aired on May 27, 2017. The series, which was broadcast daily for 2 seasons, was broadcast weekly in the summer in its 9th season. In its 10th season, it was broadcast again on a daily basis. It ended with the 655th episode aired on June 10, 2022, making the final for the second time.

The series began to tell about the period of the 90s. A school was added to the neighborhood and the teacher’s room, principal, and canteen inside the school were displayed.

The old police station in the neighborhood became the “Çınaraltı Game Hall”. The future will be shown again in the series and the 2020s will appear. Added the House of Ahmet and Gülden in 2021. Added Riza Amir’s house and new police station.

Ayşe Özlem Türkad (born 10 August 1971; İstanbul) is a Turkish actress. Türkad graduated from Müjdat Gezen Art Center conservatory and works at Istanbul City Theatres. She is known for her character “Rukiye” in the TV series Seksenler.

Hakan Bulut was born in Istanbul on 9 January 1982. He Is Originally From Sivas. He spent his childhood in Fikkepe. In high school, his nickname was Botanical. Capricorn. He is 1.73 tall and 62 pounds. His parents enrolled him in a classroom to become a civil servant, but he left his family’s secret classroom and started the public education center to study acting.

In 2001, he started her theatrical career at Kadıköy Public Education Center. At first, his family left him alone in this decision, but he had a difficult time during that period 1 year later his family also began to support him.

Berat Yenilmez (October 5, 19790, Sakarya), Turkish actor. He is a graduate of Müjdat Gezen Art Center. He is known for his character “Sami Usta” in the TV series Seksenler.

Begüm Öner (born March 7, 1989, in West Germany) is a Turkish actress. She was born when her parents went to West Germany for work. She returned to Turkey in 1992 when she was two and a half years old. She was written to an agency at the age of 10 in Istanbul and started to become famous.

She acted in commercials and TV series. She first appeared in a chocolate commercial at the age of 11. She went to a television and serial acting course. She graduated from Istanbul Commerce University, Department of Statistics. She played the character of Elvan, the daughter of pastry maker Sami Bey, in the series Seksenler, which was broadcast on TRT 1 between 2012 and 2022.