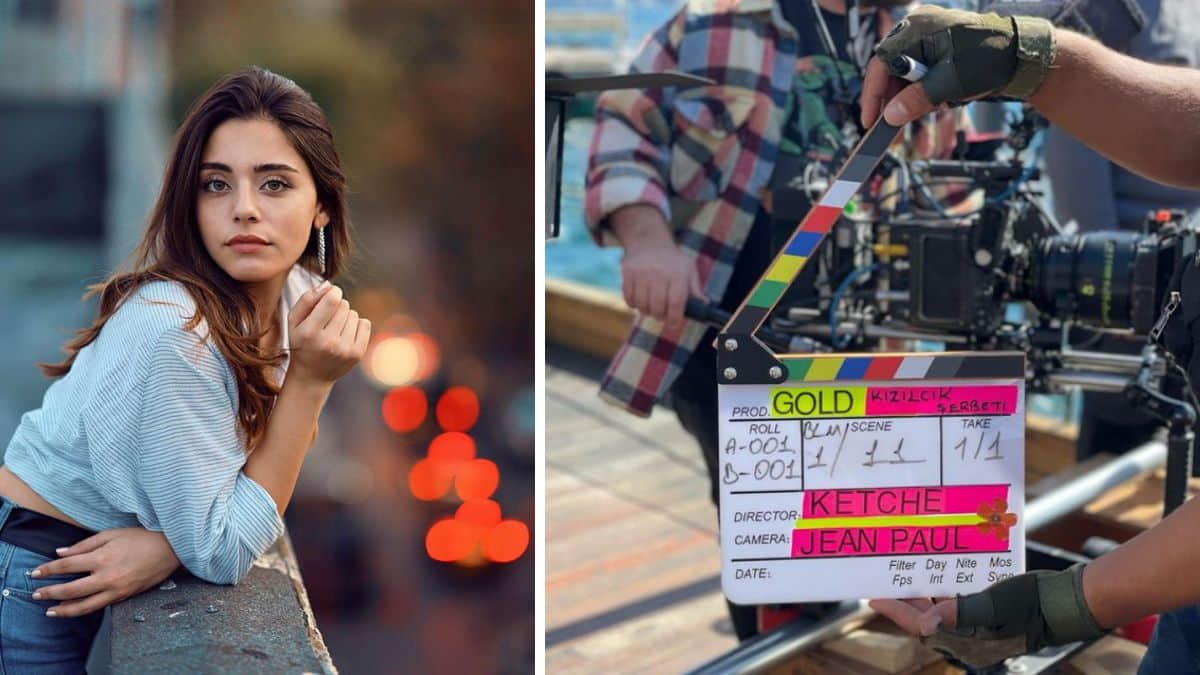 After leaving the series “Emanet“, the new project of Sıla Türkoğlu, whose name was constantly in the series Gönül Mountain, became clear. Sıla Türkoğlu’s future in the Gönül Mountain series, which is preparing for the 3rd season, was wandering around backstage. However, an unexpected development occurred at the last moment. It has been learned that the beautiful actress Sıla Türkoğlu will play in the TV series Kızılcık Sherbet next season. The famous name will be accompanied by names such as Barış Kılıç and Evrim Alasya. The series is expected to premiere in October.

It was rumored that the TV series “Kızılcık Sherbet” would be on the set at the beginning of this week. The series prepared for Show TV by Gold Film, of which Faruk Turgut is the boss, appeared on the set.

Written by Melis Civelek and Zeynep Gür and directed by Ketche, the series tells the story of the love between Doğa (Sıla Türkoğlu) and Fatih (Doğukan Güngör), the children of two very different families.

Kıvılcım (Evrim Alasya) plays Doğa’s mother, Abdullah (Settar Tanrıöğen) plays Fatih’s father, and Pembe (Sibel Taşçıoğlu) plays Fatih’s mother. Barış Kılıç (Ömer), the leading character of the story, will give life to Fatih’s uncle in the scenario. Master actress Füsun Demirel will also play Sönmez, Mother of Doga, in the series. Everything starts with Fatih and Doğa being lovers. The series, whose poster was shot last Thursday, will be shot in Istanbul.