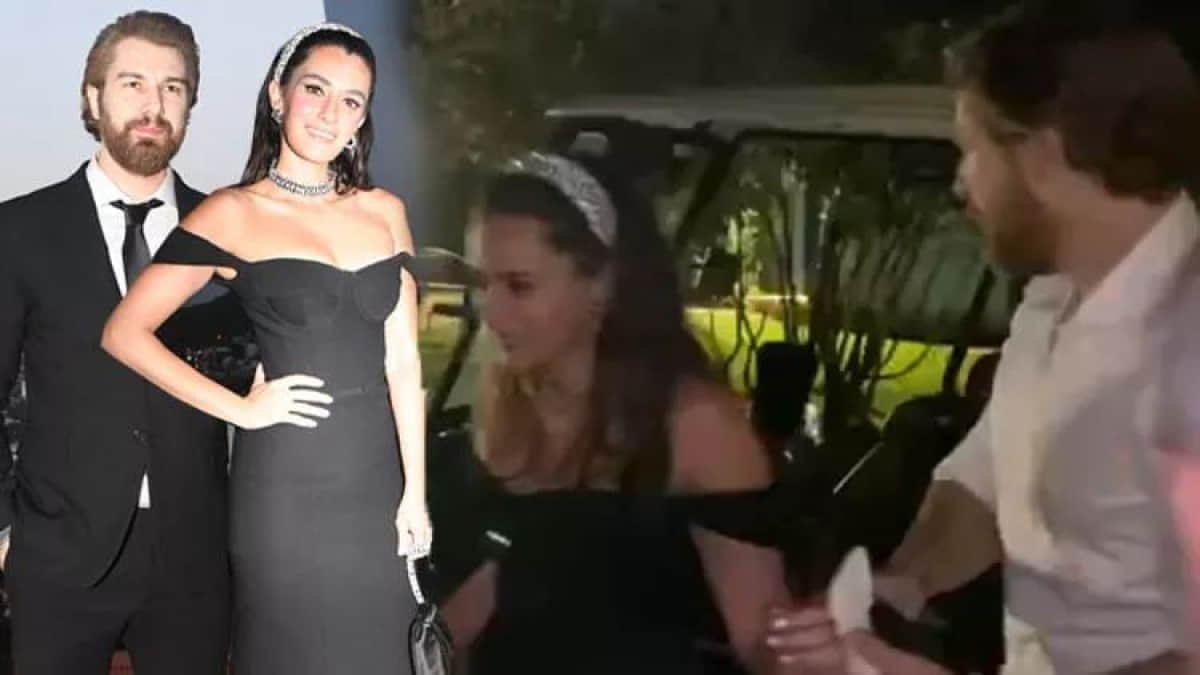 Actress Hande Doğandemir and Furkan Palalı were seen the night before in the morning. The couple, who attended the wedding of Demet Özdemir and Oğuzhan Koç separately, were caught by the journalists when they left the night after the party.

Shocked by the explosion of flashes, the duo panicked and left the questions unanswered.

The lovers, who were photographed while leaving the venue hand in hand, avoided making appearances as a result of the intervention of the venue officials.

Taking advantage of the threats of the people who prevented the members of the press from taking pictures, Palalı got into the vehicle with Doğandemir and disappeared with her lover in the dark of the night as the vehicle moved quickly.