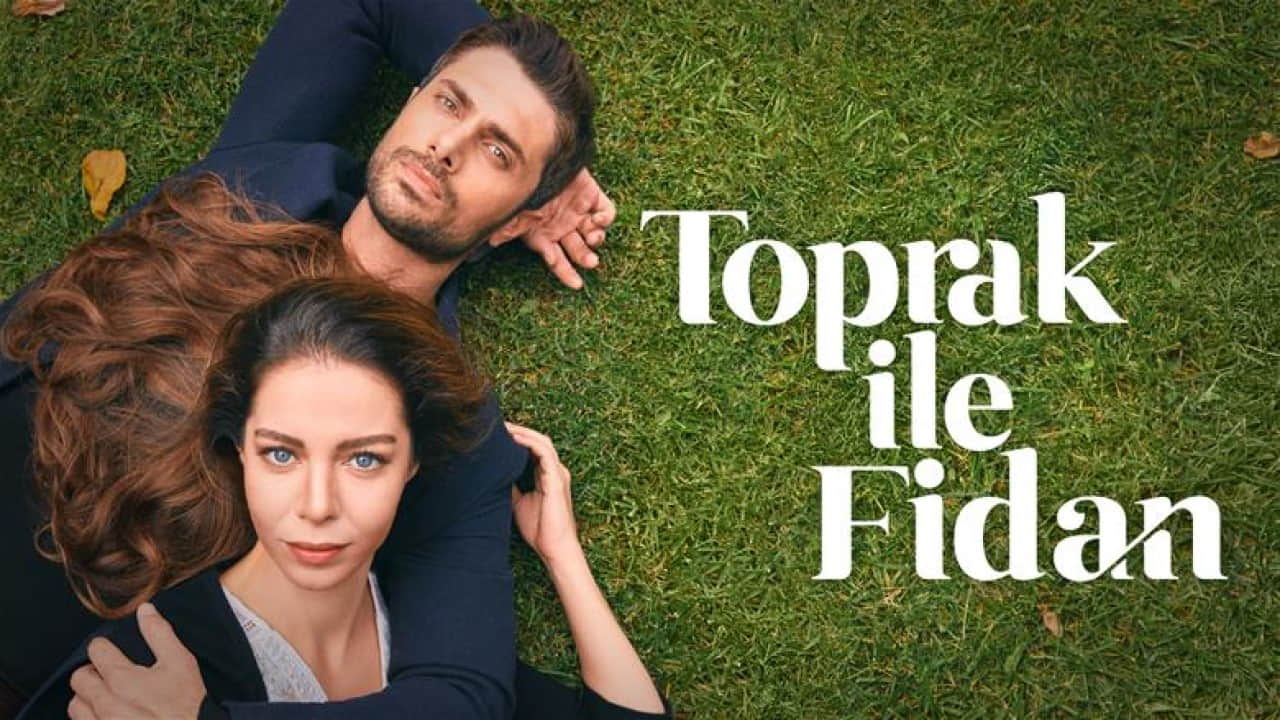 Star TV, which is the creator and pioneer of many firsts in the history of Turkish television, comes before the audience with a unique move for its brand new series “Toprak ile Fidan”.

With this decision, Star, which created a serious change in the broadcast flow in the history of Turkish television, brings TV series fans together with “Toprak and Fidan” at 19.00, which is the main news hour of many channels.

Starring Hazal Adıyaman and Osman Aydın, and produced by OGM Pictures and Stellar Production, the TV series “Toprak ile Fidan” will be on Star screens every weekday at 19.00.

The subject of the first two episodes of the series, which tells the story of Fidan and Toprak, who had to separate from each other due to an unfortunate accident, is as follows:

Toprak, after his traffic accident, stays in a coma for 5 years and does not remember anything when he wakes up. Something doesn’t quite fit Toprak, who has to adopt only the things he’s been told about his life. His mother Keriman forces Toprak to marry Aydan, whom she says is his fiancee.

Fidan lost her husband and child 5 years ago and lives with her sick father and stepmother. Halide has been the servant of Toprak and her mother Keriman for many years. She is one of the two people who know the truth, and unable to suppress her sense of guilt any longer, she goes to Fidan with Toprak, to tell the truth.

Seeing Ercan attacking Fidan, Toprak intervenes and saves Fidan. Fidan cannot understand who Toprak is, who is very similar to her deceased husband Nejat but feels close to both her and her son Burak.

Starting Monday, October 31st, every weekday at 19.00, which is the main news hour, the new daily series “Toprak Ile Fidan” will meet with its audience on Star TV.

When he comes out of his coma, he encounters a world he never knew, and his lack of memory tortures him. All he knows about his past life is what people tell him. Toprak can’t bond with anyone, including his son until he meets a young woman who influences him in a way he doesn’t quite understand.

After losing her husband and baby, she moves back home to support her sick father and insatiable stepmother. The time she spends with Nejat feels like another world to her. One day, Fidan meets a man who looks exactly like her deceased husband, and her life changes unexpectedly.

Mother of Toprak. Keriman is a strong-willed, ruthless woman who will do anything to get what she wants. Keriman cooperates with Aydan to persuade Toprak to marry Aydan because the only thing that can save the family business is Aydan’s wealth. What Keriman doesn’t realize is that it was actually Aydan who screwed things up.

Toprak’s fiancee. Beautiful, cunning, and cruel, Aydan has loved Toprak since she was a young girl. Aydan will do anything to have it. Now that Toprak is out of his coma, she has a great opportunity. With Keriman’s help, Aydan constructs a new story to fill in Toprak’s lost memories, this is a story about how Toprak has always loved her.

Fidan’s half-brother. Mert is hardworking, honest, and infatuated with Asya. Mert worked in a factory for years in order to save money to open his own shop and marry Asya. However, just as he is about to realize his dreams, his plans for a happy life fall through and he enters a dangerous struggle to save Asya.

She is a beautiful, talented university graduate girl who dreams of marrying her childhood sweetheart Mert. Asya’s mother does not love Mert, nor does she approve of their relationship, and many other things are an obstacle to their marriage. When the time comes, Asya is ready to make the biggest sacrifice for Mert.

At first, he seems like a savior, but when Mert’s business plans go bad, he offers Asya a job in his holding. Before long, however, Adnan’s fatherly help causes him to fall in love with the young girl and become obsessed with her. Rich and powerful, Adnan is used to getting what he wants and his plans put Mert and Asya’s love to the test.

Son of Toprak. Burak, an introverted boy, is cold and distant as a result of Aydan’s cruelty. Aydan is attentive and loving towards Burak in public but shamelessly abuses him in her private life. When Burak meets Fidan, Fidan gives him everything he misses – love, warmth, understanding – and Burak begins to open like a flower.

Toprak’s sister. When Toprak goes to study abroad, Ece is 13 years old and when Toprak comes out of her coma, she comes home too. Ece is much smaller than Toprak and seems like a carefree girl, but Ece loves her brother very much. When she realizes that Toprak has a deep problem, Ece decides to stay in the mansion.

He works as an accountant in the Tunç family’s company and Aydan has taken the company into his hands with his help. Aydan leaves Yalçın and is later convicted of fraud. Now Yalçın is out of prison and his first job is to take revenge. Yalçın is obsessed with Ece and blackmails Aydan to get closer to her.

She is Fidan’s stepmother and Mert’s birth mother. Zerrin, an extremely cruel and evil woman, worships money. Moreover, the entire financial management of the house is in her hands. Zerrin’s reckless spending ruined her husband’s business and placed a huge debt on Ercan, known as the mafia of the neighborhood. Zerrin’s only hope is to give Fidan to Ercan and find a rich wife for Mert.

She is the mother of Asya. Having raised her daughter as a widow, Ayşe has worked hard to raise her properly. Now all Ayşe wants is to marry her to the right person and relax. Ayşe is extremely negative towards Mert, whom she sees as a stupid mechanic, and is determined not to give up on Asya. She forces Asya to take the job at Adnan’s holding.

He is Fidan’s father. Osman is a good man and a great father. When his first wife died, Osman married Zerrin so that Fidan could grow up with a mother. He later learns what kind of snake Zerrin is. By then it is too late. Osman, who is sick and bedridden, does not have the strength to help his daughter.

She is the servant of the Tunç family. Halide grew up in an orphanage and worked for Keriman all her life. Loyal and reliable, Halide is nonetheless horrified by Keriman’s plot against Toprak’s wife, and this information has haunted Halide ever since. The only people who know the truth about Fidan are Halide and her son.

Şenay, Fidan’s only true friend, was running a small shop with Fidan before she moved. Şenay is Fidan’s only confidant. As Fidan encounters one problem after another, Şenay listens to her problems, counsels her, and does everything in her power to help Fidan.

He is Halide’s son. Ali, who lives in the mansion with Halide, has a feeling of loyalty to the Tunç family, who always support him and take care of his education. Ali, who was close to Toprak before falling into a coma, is very upset because he knows the truth but cannot say anything. Ali has always loved Toprak’s sister and it will be very difficult for him.

She is Aydan’s best friend and Aydan shares her secrets with her. Esin is at least as terrible a person as Aydan. Esin encourages Aydan to marry Toprak as soon as possible and helps Aydan with her plans.