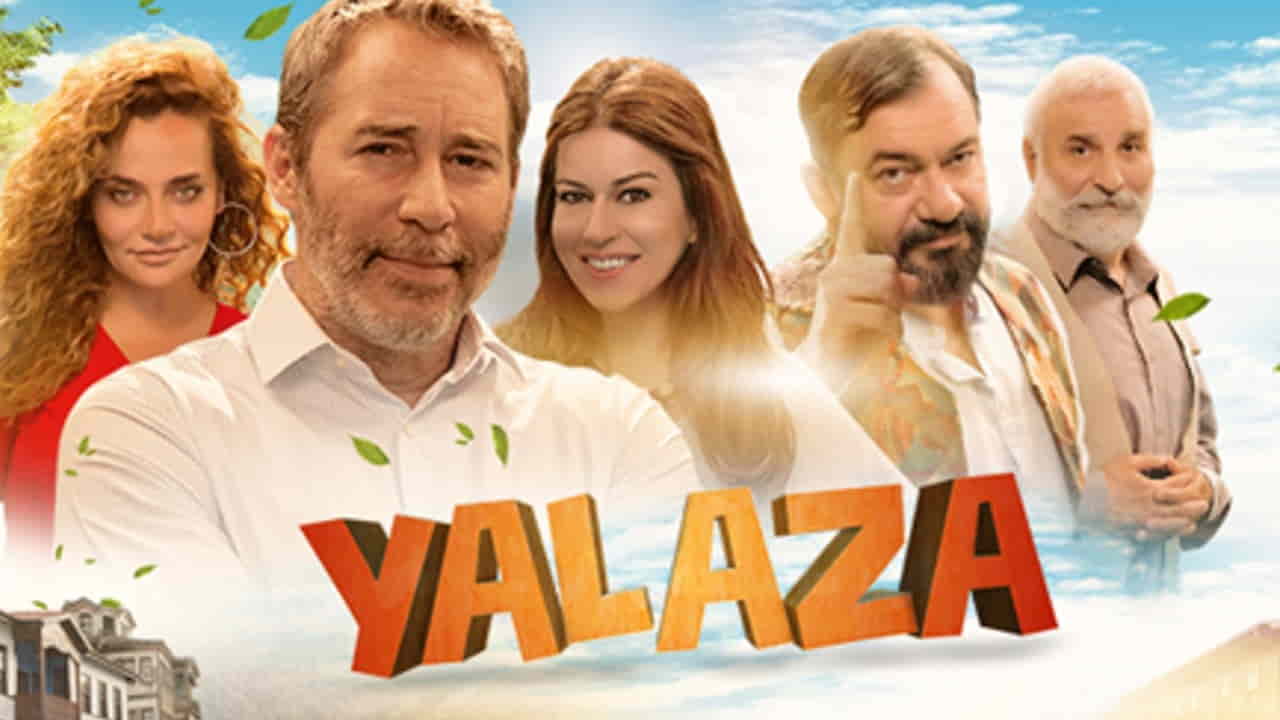 Yalaza (English Title: Yalaza) is a Turkish television series in the genre of love, comedy, and family, broadcast on TRT 1 between 2017-2018, produced by Sinegraf and directed by Osman Sinav and Mehmet Bahadır Er. The series, starring Sinan Albayrak, Didem Balçın, İpek Tuzcuoğlu, Hasan Kaçan and Kadir trashdemir, came to an end with the 20th episode published on February 5, 2018.

Carpenter İbrahim is a popular figure in the town of Taraklı. He lives with his four daughters Aysu, Burcu, Tuba and Gökçe, his son Arda and his father Faik. He has been widowed since he lost his wife at the birth of Arda. Oral, İsmail, and Fatih are running after İbrahim’s four daughters. Nalan, who runs a popular home restaurant in the town, has had an unrequited love for İbrahim since her childhood. Her only goal is to marry Ibrahim.

The daughters, who do not want İbrahim to marry Nalan, invite their father’s childhood love, Alev, who left Taraklı a long time ago, to Taraklı. The flame appears unexpectedly. Let’s face it, this invitation will cause great trouble for them. Maybe they will lose their father. With Alev’s arrival, it would be one thing to hit İbrahim with his car. The environment turns into a lively market in an instant.

Will Abraham live? The task of returning all these strangenesses to normal falls to the townsman’s Yalazacisi Santral and the quilter Settar Baba.

Didem Balçın (born 18 May 1982) is a Turkish actress. She is famous for her role as ‘Selcan Hatun’ in the TV series, Diriliş: Ertuğrul and Kuruluş: Osman. Her father worked for TRT Radio and her mother Nur Balçın represented Turkey at a beauty pageant in Japan in 1975.

Her maternal family is of Turkish and Albanian origins. She graduated from Ankara University School of Literature, History, and Geography with a degree in theatre studies. After graduation, she moved to Istanbul and appeared in various commercials and TV series.

How many episodes are there in Yalaza?

Is Yalaza available in English Subtitles?