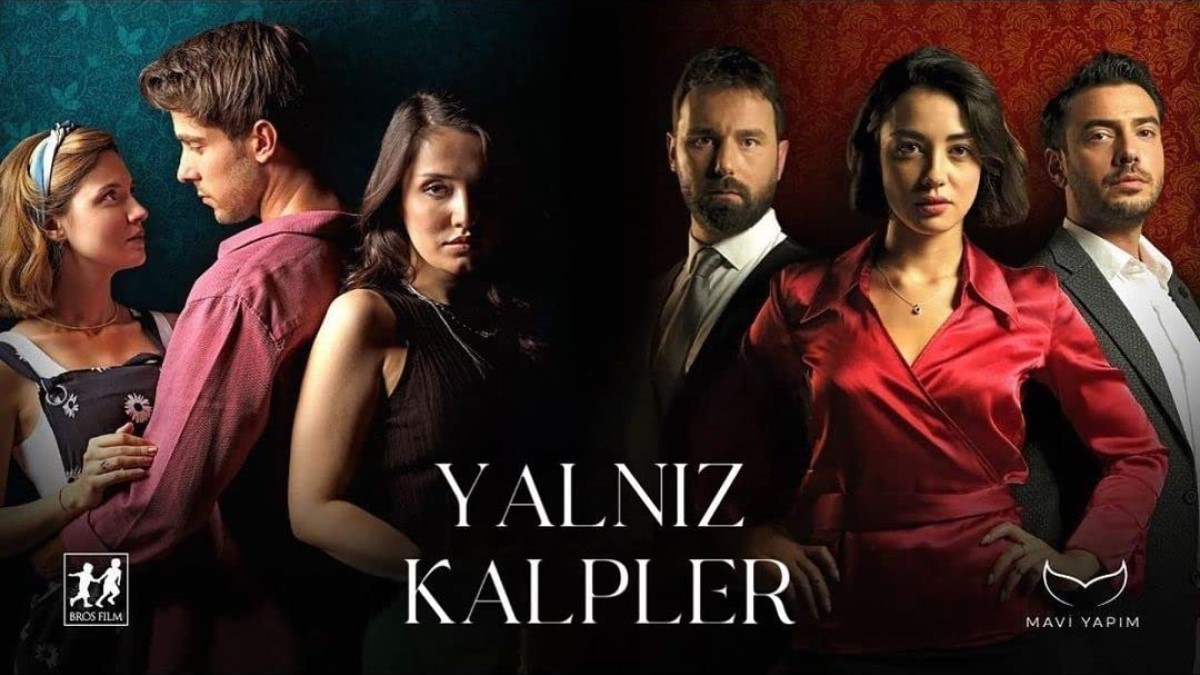 Having lost track of each other after a magical evening in Cappadocia, Ayda and Teoman meet again in Ankara three years later, but Ayda is now with Teoman’s cousin Mehmet. A difficult period will begin for Ayda, who is crushed under the pressure of her mother, and Teoman, who is torn between her family and her love. Kumru, on the other hand, tries to provide a good life for her brother Buse, despite the ambitions of her stepmother Fatma and her daughter Nazli. Chief Ozan, who has become obsessed with Nazli, takes a job to take care of his grandmother, which will change Kumru’s life in an unexpected way.

Sena Şahin was born on June 6, 1999 in Istanbul. She completed her undergraduate education at Izmir Dokuz Eylul University, Faculty of Fine Arts, Department of Acting. She appeared in front of the cameras with the character of Ayda in the TV series “Yalnız Kalpler”, which was broadcast on Fox TV screens for the first time in 2023. Sena Şahin has been in a relationship with Ceyhun Mengiroğlu, who has been an actor like herself since 2020.

Taygun Sungar (Ankara, July 2, 1989) is a Turkish actor and model, known for playing the role of Soner Seçkin in the series Bay Yanlis. He completed his primary and secondary education in Ankara. In 2000 he started his acting career in the play Serseri Gönül directed by Burak Sergen, at the Ankara State Theater. Later, due to his father’s work, he moved to Kayseri, where he attended high school. With the support of his older brother Kutay, who is also an actor, he enrolled in the drama department of Dokuz Eylül University in 2007, where he graduated in 2015.

Elif Gülhan is a theater actress. She successfully graduated from TOBB University of Economics and Technology, Faculty of Law. The beautiful name, which attracted attention with the TV series “Yalnız Kalpler” in 2023, also took the stage in many theater plays, apart from movies and TV series. Gülhan, who took the stage in the theater play Kosem Sultan in Ankara in the past, was in front of the camera in 2018 for the movie Akif, which is about the life of our National Poet Mehmet Akif Ersoy.

Bengü Gürses was born on August 1, 1994, and is 26 years old. She is a Theater and TV series actress. She is a graduate of Marmara University, Faculty of Fine Arts, Department of Traditional Turkish Arts. She met theater at the age of 17 and is now acting and coaching at Theater BSG, has played the character of Pelin in the series Yemin since 2019 as her first TV experience. In 2021, İşte Bu Benim Masalım, and in 2023, she took part in the cast of the TV series Yalniz Kalpler.

Serkan Melikoglu was born on December 30, 1988, in Ankara. He graduated from Çankaya Primary School, Anıttepe High School, and Hacettepe University Ankara State Conservatory Theater Department. He graduated from the university in 2013 as an Honorary Student. Serkan Melikoğlu, who worked at the State Theaters in 2010 and 2013 after graduation, took part in many projects as one of the founders of Kulis Sanat in 2013.

She was born in 1979 in Ankara. Her real name is Ezel Emel Salik. She is Musician, actress – theater, cinema, and TV series actress. She is a graduate of Anadolu University, Faculty of Economics and Administrative Sciences, Department of Finance. She took part as a soloist in the program “Gençlerle” on TRT Ankara Television for 3 years. After receiving theater training at Müjdat Gezen Art Center, she received acting training from Can Gürzap at Dialog Communication.

Yasemin Çıtak was born on May 12, 1988 in Bursa . She attended Bursa State Theater Feraizcizade theater courses in 2008. She completed her undergraduate education at Selçuk University Dilek Sabancı State Conservatory, Department of Performing Arts Acting. She started to work in Bursa Metropolitan Municipality City Theater in 2016. She first appeared in front of the cameras in 2003 with the TV series “Yalniz Kalpler”, which was broadcast on Fox TV.

Elmas Evsen Topçuoglu was born in 2000, in Istanbul. She is a TV series actress and dietitian. She is a graduate of Baskent University. She also studied acting at Atak Performing Arts Workshop. Working with Nuray Saygınöz’s management office, Elmas Evşen Topçuoğlu joined the cast of the TV series Yalniz Kalpler in 2023 as her first on-camera acting experience, in addition to her dietitian work, which is her main profession.

Theater, cinema and TV series actress. She graduated from Hacettepe University Ankara State Conservatory Theater Department. In addition to her theater work, young actress Ayça Özvardar has acted in various films and TV series such as Yinelenen İntikam / Rache, Yalniz Kalpler since 2019. She continues to take part in new projects she.

Director, Theater, cinema and TV series actress. She was born on August 15, 1967 in Istanbul. She graduated from Ankara University DTCF Theater Department. She is an actor of Ankara State Theater. Nermin Uğur, who is still working at the Ankara State Theatre, has been acting in films and serials since 2004, in addition to her theater work. Sabiha Türkoğlu in the Deniz Yildizi series. Asiye Turan portrayed the characters of Dürdane in the TV series Acemi Anneler. She continues to take part in new projects.

Theater and TV series actress. She was born in 1975 in Antalya. After Ankara Atatürk Anatolian High School (1993), she graduated from Hacettepe University Ankara State Conservatory Theater Department Acting Department in 1998. She completed her education at Ankara University, Faculty of Political Sciences, Department of Business Administration in 2001, with the amnesty issued the same year. She started her career as an actor in Eskişehir City Theater in 2003.

Nusret Şenay (born April 17, 1960, Istanbul) is a Turkish cinema , theater and TV series actor. Graduated from AU DTCF Theater Department. He entered the State Theater in 1987. He worked at Bursa DT between 1989-1994. He is still working in Ankara Department. In the 2009-2010 season, he received the Ankara Art Institution’s best actor award for his role in the play Mojo, and the best director award at the 11th Direct Interstitial Audience Awards with the Fire Patience play he staged at the Bulancak Art Theatre.