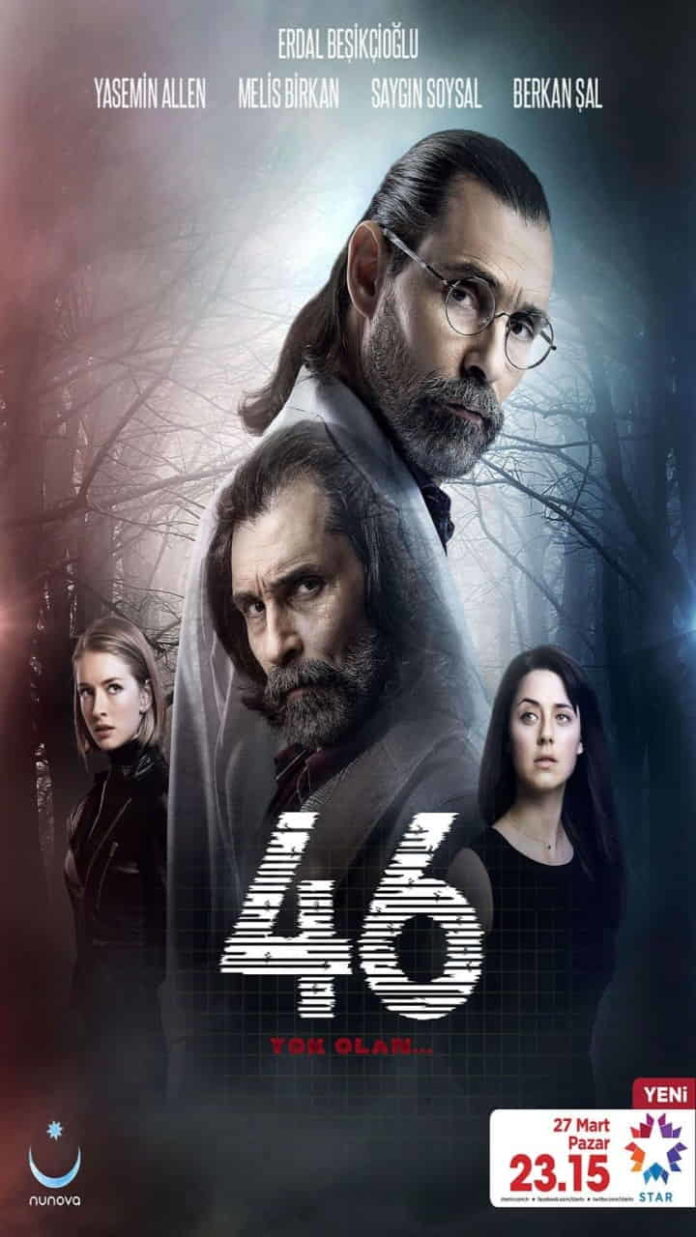 Murat (Erdal Besikcioglu) is a professor of molecular biology who is trying to find a cure for his comatose sister Ezo (Ayca Eren). He feels guilty for the death of his father and for his sister’s illness.

When Murat was a young man, he made a car accident and indirectly caused the death of his father. After this tragedy, his sister Ezo started to have a psychological problem and used sedatives. When Ezo increased the dosage of her pills without the permission of her doctor, she fell into a coma.

Murat wants to do everything that could save his sister from a 5-year long coma. He just discovers medicine and tries a new potion on himself first without getting the required permissions. But this discovery changes his life in an unexpected way.

This new medicine releases Murat’s alter-ego that he cannot control and that seeks revenge for his father’s death and his sister’s illness. Murat starts to commit serious crimes without a second thought but never remembers what he has done afterward. During this journey, he gets great assistance from a newly hired psychologist Ceyla (Melis Birkan), his driver Salim (Berkan Sal), and his uncle Ferit (Metin Bilgin). But at the same time, he has to face police officers Selin (Yasemin Kay Allen) and Dogan (Saygin Soysal).

Beşikçioğlu attended İzmir Private Turkish College and Mehmet Seyfi Eraltay High School after which he studied at the Hacettepe University State Conservatory. He participated in creative workshops with William Gaskill among others. Upon graduating, he started working in several state theatres and was head of the Diyarbakır State Theatre between 1995 and 1996. He has acted in a number of films such as Eve Giden Yol 1914, Barda, Vali, Hayat Var, Kurtlar Vadisi Filistin, and the Golden Bear winning Bal.

Yasemin Allen (born 10 July 1989) is an English-Turkish actress. is the daughter of an English father Dudley Allen and English actress and singer Sonja Eady. Eady has been known as Suna Yıldızoğlu following her first marriage in 1974 to the Turkish actor Kayhan Yıldızoğlu, upon which she also gained Turkish citizenship.

She was a finalist in the L’Oréal competition. The same year she played the leading role in the Turkish television series Elif. In 2010 she starred as Elena in the series Kavak Yeller, and Juliette in another TV series Yerden Yüksek. She performed French and Russian accents for these roles.

Born in 1982, the 33-year-old talented actress is known for his lead role in the Issız Adam series and Leyla character in the Leyla and Mecnun series. Mimar Sinan University completed his education.

1982 Born in Istanbul, a talented actor graduated from Hacettepe University State Conservatory Department of Performing Arts. Remember, Dear, This Heart Has Changed You Mu, played in the Magnificent Century.

January 1, 1969; He was born in Ankara. He is a graduate of Ankara University, DTCF Theater, and the Acting Department. Despite being a theater graduate, Berkan Şal did not act as a sound director, DJ, and operator in various places of Ankara for years. Behzat Ç. Vulture said hello to the role of the famous police detective. On September 15, 2014, “Reaction” started to appear on the screen with the role of Tayfun (Ceset). He played on Erur Erbaş’s breathing clip.