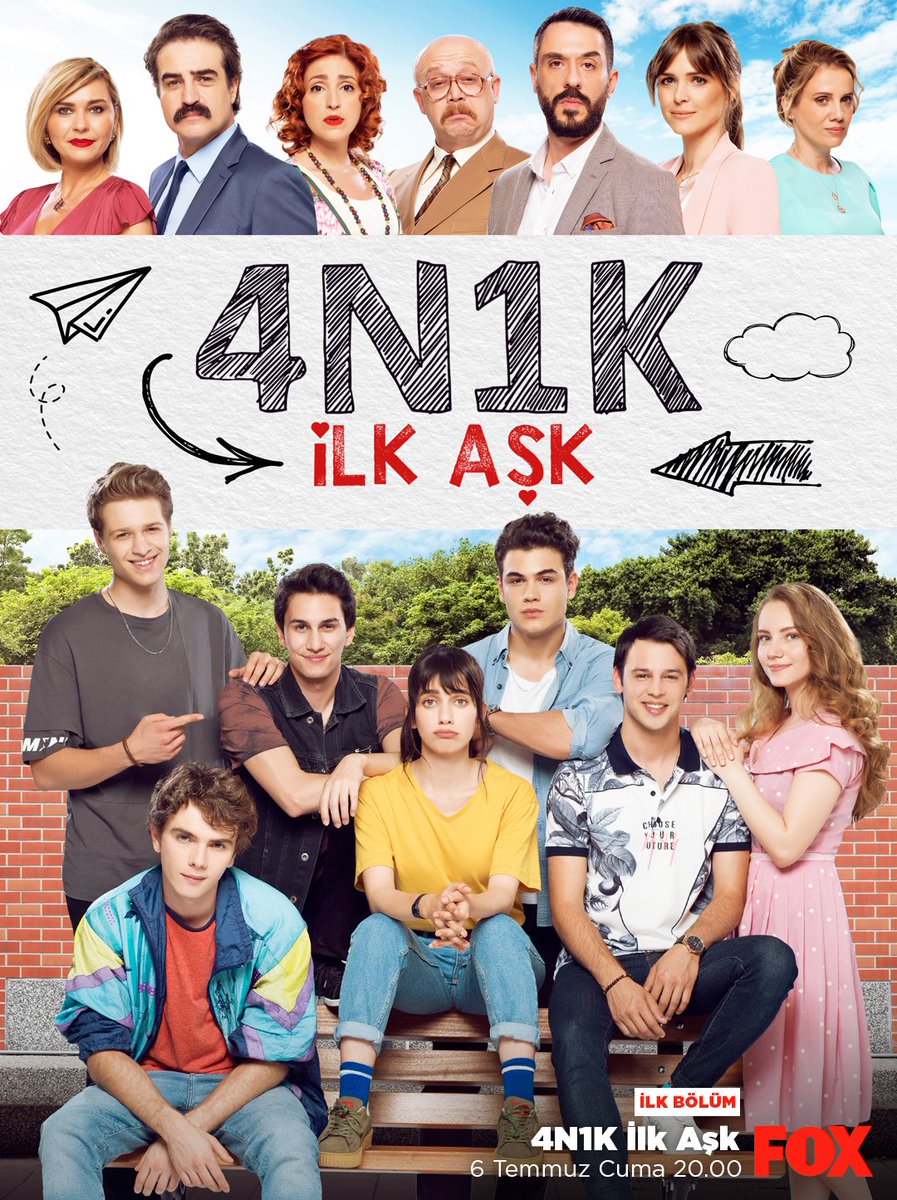 4N1K (English: First Love) is a Turkish Series which broadcast on FOX. The show was premiered on July 2018. It stars Gözde Mutluer as Yaprak Ayvaz & Burak Yörük as Baris Ozansoy.

Yaprak has built a colorful world of four men who are far away from the girls’ world since childhood, beside them. One day this world changes in a mysterious way. Because Baris is entered her life. This change brings her to a discovery towards herself and the world of girls. Now she has to make a choice.

Eslem Akar (born March 23, 1998; Istanbul) is a Turkish actress. She is fluent in English and French.

Eslem Akar, who completed her primary, secondary, and high school education at Terakki Foundation Schools, is still a student at Bahçeşehir University Faculty of Architecture. She first appeared in front of the camera with the character of Elif, which she portrayed in the TV series Sen de Gitme, which was broadcast between 2011 and 2013.

English Subtitles
Various Websites are Translating this series in english subtitles. Below are the links of the site.
Turkish123