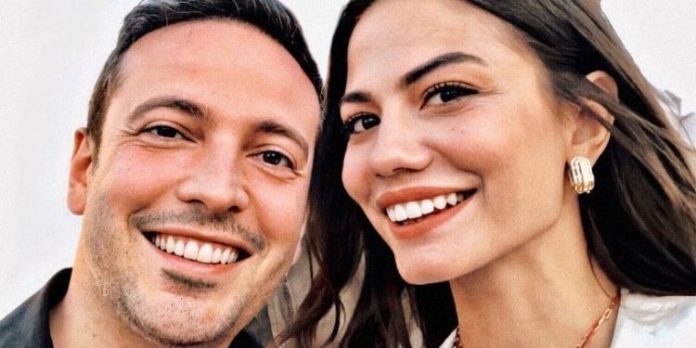 After falling in love with Demet Özdemir, Oğuzhan Koç made two big deals!

The love between the famous actress Demet Özdemir and Oğuzhan Koç started in January… It is seen that this love approaching 1 year had a significant impact on the lives of both famous names. Demet Özdemir found peace and spread happiness, showing that everything is fine in her private life.

The famous actress is one of the most important names of recent years and her fans like her very much as she finds happiness in her private life after her professional life.

It is a fact that Demet Özdemir’s great popularity both in Turkey and abroad has made Oğuzhan Koç more prominent. Oğuzhan Koç, who is a singer and an actor, was also a popular name, but after his love with Demet Özdemir, he has now risen to the top of the magazine’s agenda…

Oğuzhan Koç has made important deals since this love started. Two big deals will make a big impact on the famous singer’s life. One of these agreements was to be a member of the jury for the O Ses Türkiye competition. Oğuzhan Koç achieved this success in his business life and opened a new field for himself.

Oğuzhan Koç made his second big deal with a courier company. Oğuzhan Koç, who is the advertising face of the company named Getir Yemek, will earn 2 million Turkish liras for this deal. Within the framework of this one-year agreement, Oğuzhan Koç is expected to meet with the audience in the commercial films soon.

Oğuzhan Koç, who suddenly attracted everyone’s attention with his love affair with Demet Özdemir, feels its positive reflections, albeit in different ways.