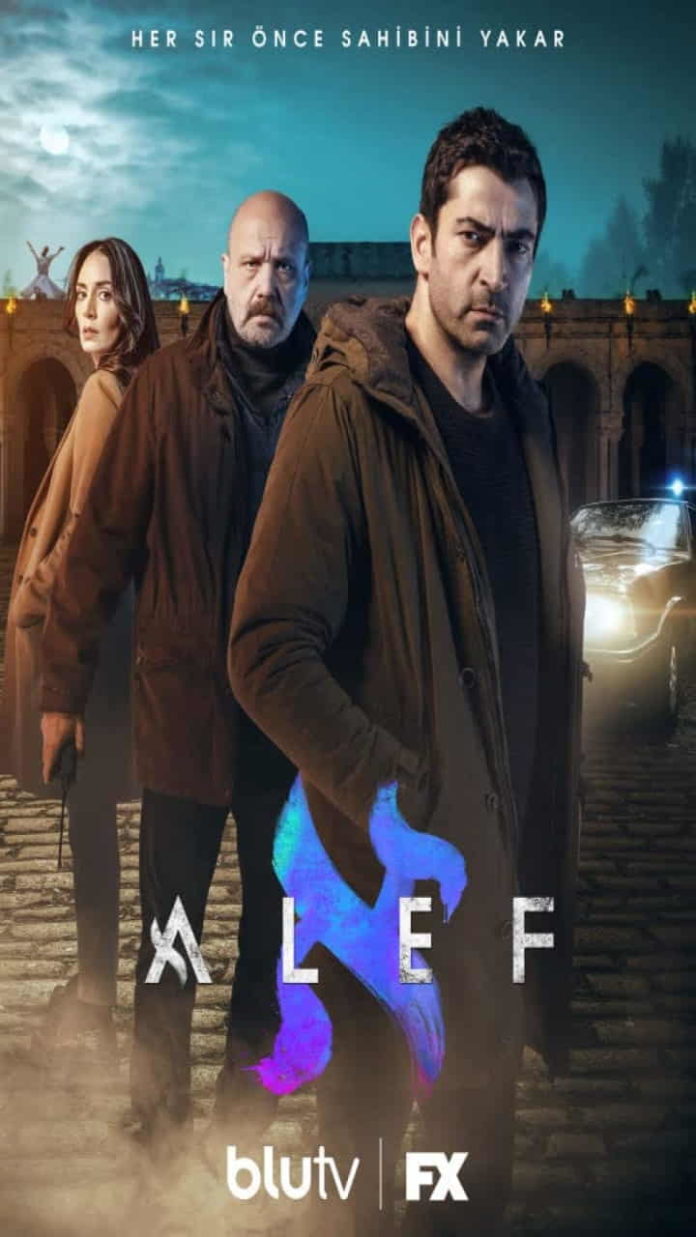 Alef (English Title: Alef) is a Turkish-made detective internet series signed by May Production, the first episode of which was published on April 10, 2020, the director’s chair was Emin Alper and the screenplay was written by Emre Kayış. The series was broadcast in partnership with FX and BluTV.

Murder Bureau Chief Settar and his partner, Commissioner Kemal, find themselves in the dark, spiritual and mystical world of Istanbul after a body unearthed in the Bosphorus. While the two partners are chasing the serial killer, Yaşar, a lecturer at a university, joins them. While trying to solve this murder sequence, the ghosts from the past do not leave the trio alone.

Kenan İmirzalıoğlu (born 18 June 1974) is a Turkish actor and former model. İmirzalıoğlu appeared in the action films Son Osmanlı Yandım Ali (The Last Ottoman: Knockout Ali) and Kabadayı (For Love and Honor). He returned to television in 2009 with the series Ezel and also starred in the action film Ejder Kapanı (Dragon Trap) directed by Uğur Yücel.

Kenan İmirzalıoğlu was born on 18 June 1974. Kenan was born in Üçem, a town named Bala situated in the Province of Ankara, Turkey. Kenan is originally a Turkmen. He is the younger son of Mustafa and Yıldız İmirzalıoğlu. Kenan lived in the village town until he was 12 years old. İmirzalıoğlu finished his middle and high school education in Ankara with her close aunt.

Hatice Aslan (born 20 February 1962) is a Turkish actress who starred in Nuri Bilge Ceylan’s 2008 film Üç Maymun (The Three Monkeys), for which Ceylan won the best director award at the 2008 Cannes Film Festival.

After she was graduated from Ankara State Conservatory in 1983, she took part in various theatre plays such as “Bozkir Guzellemesi”, “Huznun Coskusu Altindag”, “Azizname 95”, “Gergedan”, “Kaygusuz Abdal” and “Olumsuzler”. She worked at Izmir State Theatre during 1986-1992. After then, she returned to Ankara and started to work at Ankara State Theatre in 1992. After 2000, she started to work at Istanbul State Theatre. She was nominated to Afife Jale Awards with her role in the theatre play “Kucuk Adam Ne Oldu Sana”.

English Subtitles
Various Websites are Translating this series in English subtitles. Below are the links to the site.
Promix TV | TurkFans