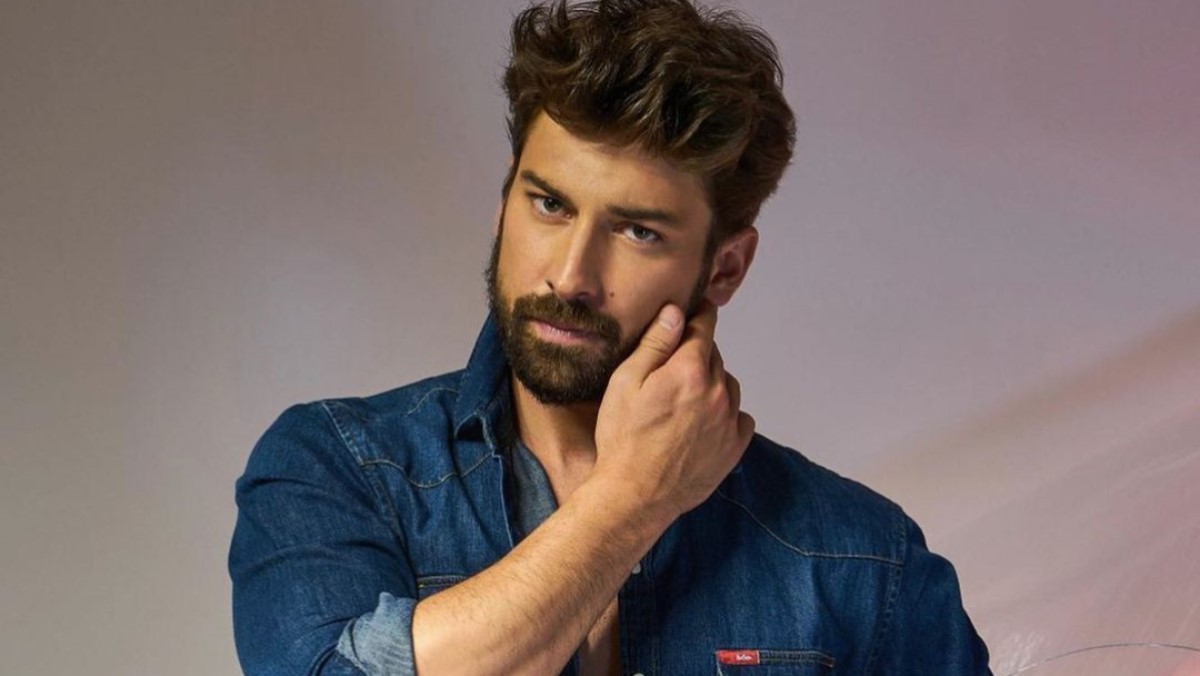 Alp Navruz (born 15 January 1990)  is a Turkish actor and model. He is known for his role Cenk Çelen opposite Alina Boz in TV Series Elimi Bırakma.

Alp was born in Istanbul. He graduated from Yıldız Technical University with a degree in Turkish Language and Literature. Navruz’s interest in acting began at a young age. After being cast in roles on stage during his primary school years, he took acting lessons from Altan Erkekli and Cihan Ünal. Meanwhile, he continued his career as a model. He made his cinematic debut in 2015 with a leading role in Ceberrut.

In 2016, he was cast in the TV series Aşk Laftan Anlamaz. In which he took a part as a side character with Hande Erçel and Burak Deniz as lead roles (Hayat and Murat) He became widely known for his role as Sinan Egemen in the Turkish TV drama “Fazilet Hanim ve kizlari” (Mrs.Fazilet and her daughters) which was broadcast by Star TV (2017-8). His first leading role in a TV series came with his role in TRT 1 series Elimi Bırakma as Cenk (Jenk) Çelen further contributed to his career.

The relationship rumors were born shortly after Alp Navruz broke up with fellow actress Ebru Şam. The actor and the former Miss Turkey 2009 were photographed together in April 2020. Despite the images together, the couple preferred to remain silent. They didn’t confirm their relationship until September of that same year. Unfortunately, their love didn’t last long.

Alp Navruz broke up with his girlfriend Ebru Sam in June. And that same month he started shooting his new series Ada Masali with Ayça Aysin Turan.

However, the couple wanted to play the game and have accompanied the image with hashtag #poyhaz.

The lovers kept their relationship secret so that the series they were working on would not be adversely affected by this situation. They began to spend the days when the set was interrupted in the ongoing shootings in Seferihisar, without the knowledge of the team.

They spent the last weekend alone in Alaçatı. It is not yet known how long the couple Alp Navruz – Ayça Ayşin Turan will hide their relationship.

After months of rumors and after playing a game of misdirection with the press, Alp Navruz has confirmed his relationship with Ayça Ayşin Turan, his co-star in ‘Ada Masalı: The Tale of the Island’. The confession has revolutionized fans, who had been waiting for this moment since they saw the chemistry between the two on the small screen.

The couple dodged questions and assured that between them there was only a beautiful friendship, finally the actor has decided to go a step further and talk openly about his love story with the actress. “Really, so many things are written… that Ayça and I are surprised to read it. We established a good friendship and then we started something more. Our relationship is going well and we are happy,” confessed the Turkish actor.

The one who has not yet pronounced herself on the matter is the actress, who has kept silent about the unilateral confirmation made by her boyfriend. At the moment, his words are the only statements made by the couple, who have not spoken about it on social networks, where they have not wanted to share any image together in recent hours.