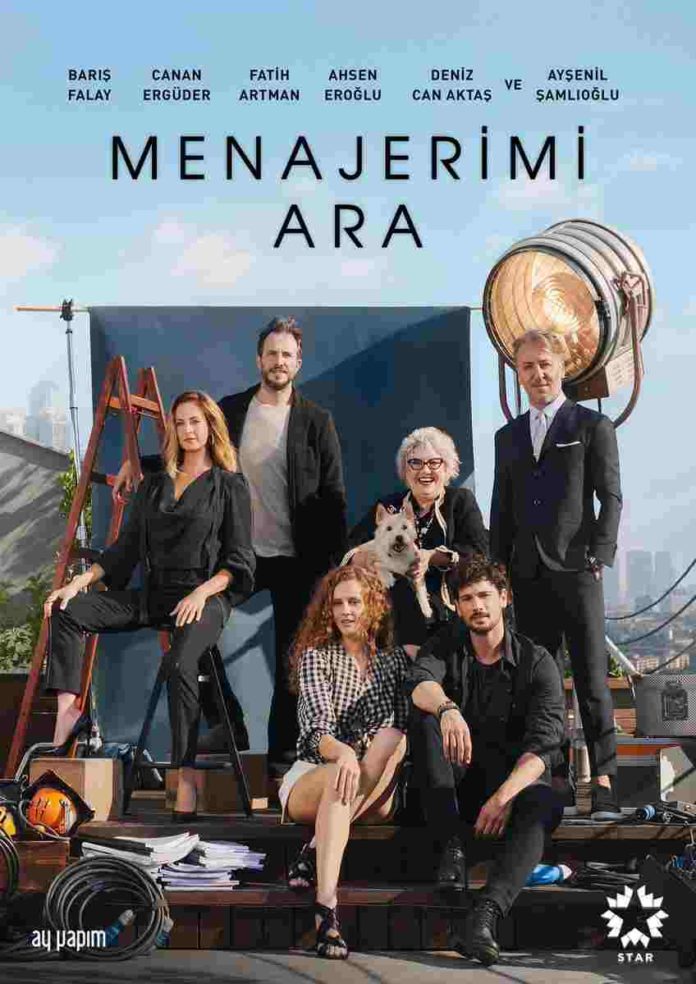 Menajerimi Ara (English Title: ”Call My Manager”) is a Turkish drama and comedy television series signed by Ay Yapım, directed by Deniz Çelebi Dikilitaş, a script written by Uğraş Güneş and Volkan Yazıcı, first episode aired on 25 August 2020. Blending drama and comedy, the series centers around the lives of four managers with their assistants at a prestigious talent agency. With each episode, actors from the cinema and television industry participate in the series as guests and play themselves. Adapted from the French TV series Dix pour cent. The series ended with its 45th episode, which was broadcast on 11 July 2021.

Four managers of talent agency Ego, namely Kıraç (Barış Falay), Feris (Canan Ergüder), Çınar (Fatih Artman) and Peride (Ayşenil Şamlıoğlu), deal with difficult situations every day and defend their business visions. They skillfully combine art and business, but their private and professional lives sometimes come into conflict. Managers and their assistants take us behind the scenes of the wild world of famous players; where laughter, emotions, intrigue, disappointment, and tears constantly collide. Dicle (Ahsen Eroğlu), who entered this wild world for the first time, says that I am also in the war, starting from the bottom in his struggle against personalities whose egos are higher than their height.

Canan Ergüder (born 15 July 1977) is a Turkish actress. Her father, Üstün Ergüder, is a professor in political sciences. Her family is of Bosnian descent.

Deniz Can Aktas as Baris Havas

English Subtitles
Various Websites are Translating this series in English subtitles. Below are the links to the site.
ALAcom | TurkFans | Promix TV