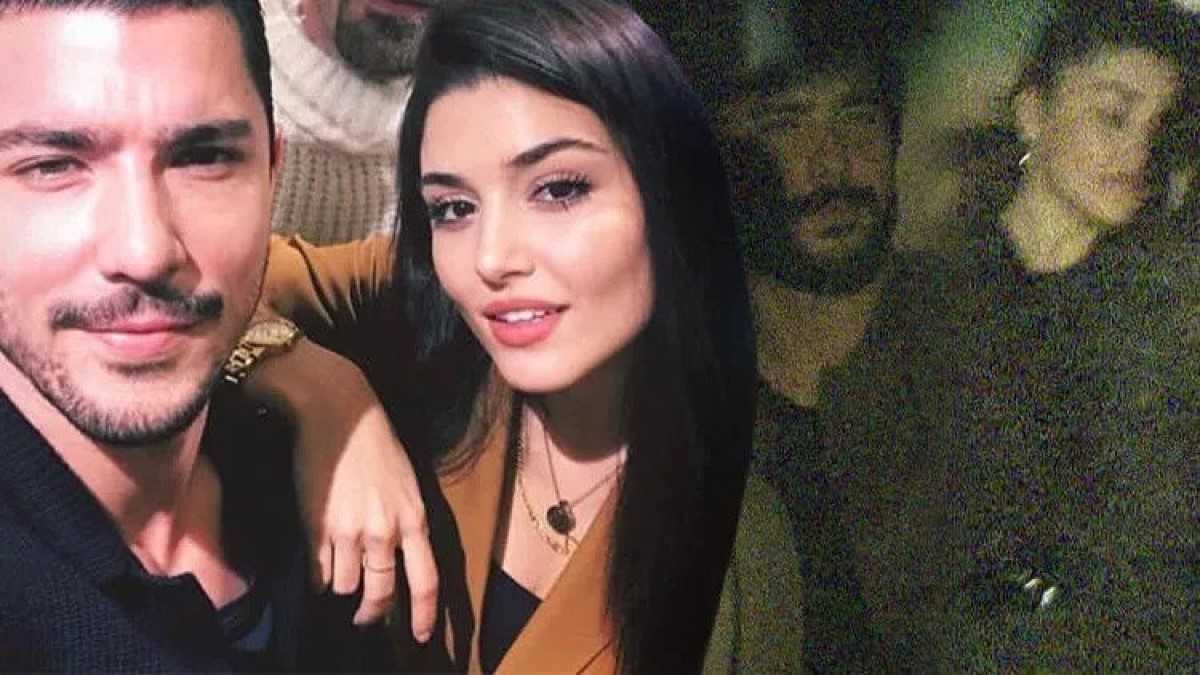 Hande Erçel, who left Kerem Bürsin last month, was spotted with Kaan Yıldırım, who returned from the brink of marriage with Hadise.

It Was Claimed That Hande Erçel, who broke up with actress Kerem Bürsin in the past months, sailed into a surprise love.

The allegations got stronger when Erçel was seen with her colleague Kaan Yıldırım, who was on the verge of marriage with Hadise, recently broke up.

When Hande Erçel saw the reporters, she turned her face away and left the questions unanswered.

THE SERIES IS OVER, LOVE IS OVER

The love of Kerem Bürsin and Hande Erçel started on the set of the TV series in which they acted. The couple, who traveled the world together, parted ways shortly after the series finale.

The first move after the breakup came from Hande Ercel.

Erçel removed all the photos with Bürsin from his Instagram page. Kerem Bürsin soon made the same move.

After a while, it was claimed that she had a love affair with Atasay Kamer, one of the managers of the jewelry brand, of which the famous actress is the face. The parties denied this news, saying “we are just doing business”.

Kaan Yıldırım had a love affair with singer Hadise for nearly 2 years. The couple, who was considered certain to marry, left with a sudden decision.

After the separation, Yıldırım said, “We had a good relationship with Hadise, but at the point we reached, we parted ways amicably within the framework of mutual love and respect,” he said.