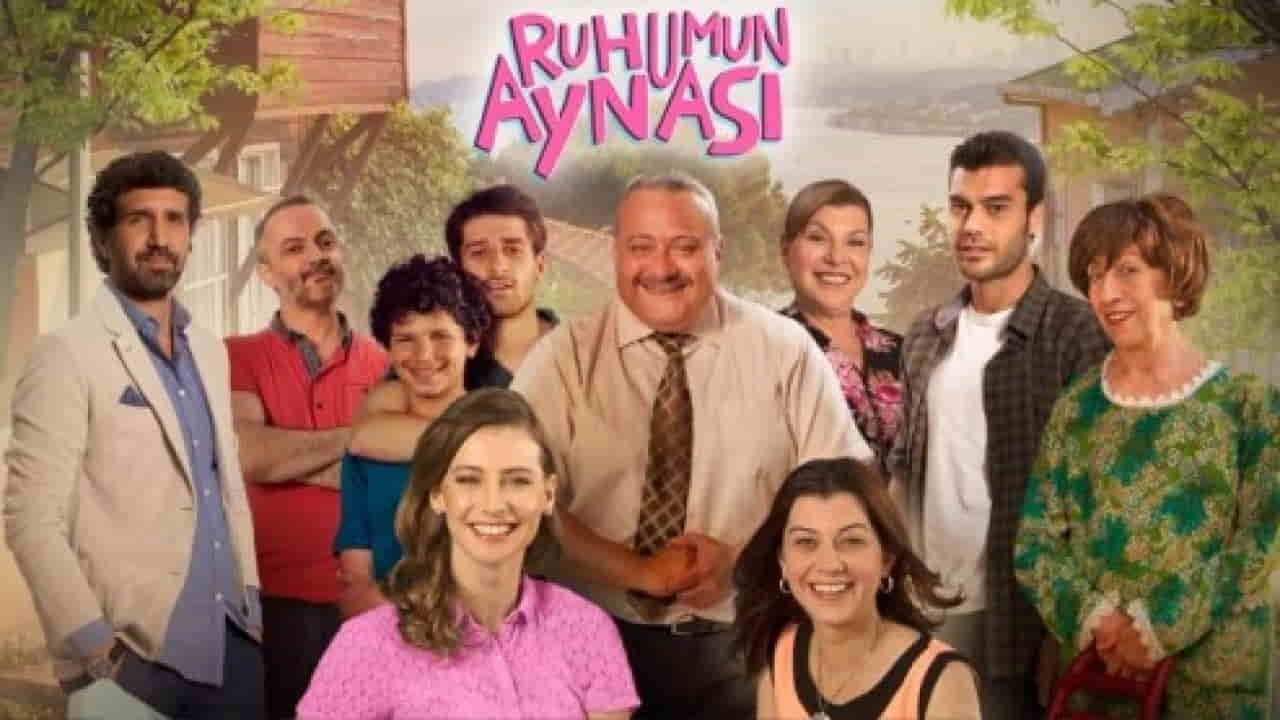 Ruhumun Aynasi (English Title: Mirror Of My Soul), directed by Bülent İşbilen, written by Zehra Çelenk, produced by Bando Yapım, starring Tuba Ünsal, Filiz Ahmet, Özgürcan Çevik, Engin Alkan, Suzan Aksoy and Murat Akkoyunlu, is a 2014 production on FOX. It is a comedy, family, and romantic Turkish television series broadcast in Turkey. The first episode was broadcast on the evening of 8 July 2014. The series made the final with its 7th episode.

Beautiful, smart, successful psychiatrist Elçin Olcay (Tuba Ünsal) experiences a series of events on her 35th birthday that will require her to rebuild her life. All this causes him to question his garish but empty life, and he decides to open a new practice in the neighborhood where his secretary Gülpare (Filiz Ahmet) lives. In the midst of all the problems, the fuss, and the anxiety of life, this neighborhood seemed very real to him.

However, the neighborhood and Elçin are so opposite to each other that this brave decision will soon turn into a difficult and colorful adventure. Elçin’s life in this new neighborhood, with her conflicting loves, unexpected problems, and pleasantness, will be a difficult, surprising but colorful process at every step, like a mirror held to the soul.

Özgürcan Çevik (born October 24, 1983, in Ankara, Turkey) is a Turkish theatre, TV series, and film actor. Şevkat Yerimdar is known for his character. He graduated from Ahmet Vefik Paşa Primary School, which he started in 1989, in 1994. Between 1994-1998, he studied and graduated from MEV Private Köksal Wholesale High School in Ankara Çayyolu.

He studied at Ayrancı High School between 1998-2001. After finishing school, he started working at the Ankara Art Theater and received the best-supporting actor award at the X. Lions Theater Awards with his play Code Name: Partridge.

Tuba Ünsal (born 7 December 1981) is a Turkish actress and model. Her paternal family, who are of Turkish origin, emigrated from Greece. Another part of her maternal family is Oghuz Turk immigrant from Bulgaria.

Another part of her maternal family is Kazan Tatar a Turkic subgroup who immigrated from Romania. She studied business administration at Çanakkale Onsekiz Mart University. Ünsal graduated from the photography and video department of Bilgi University.