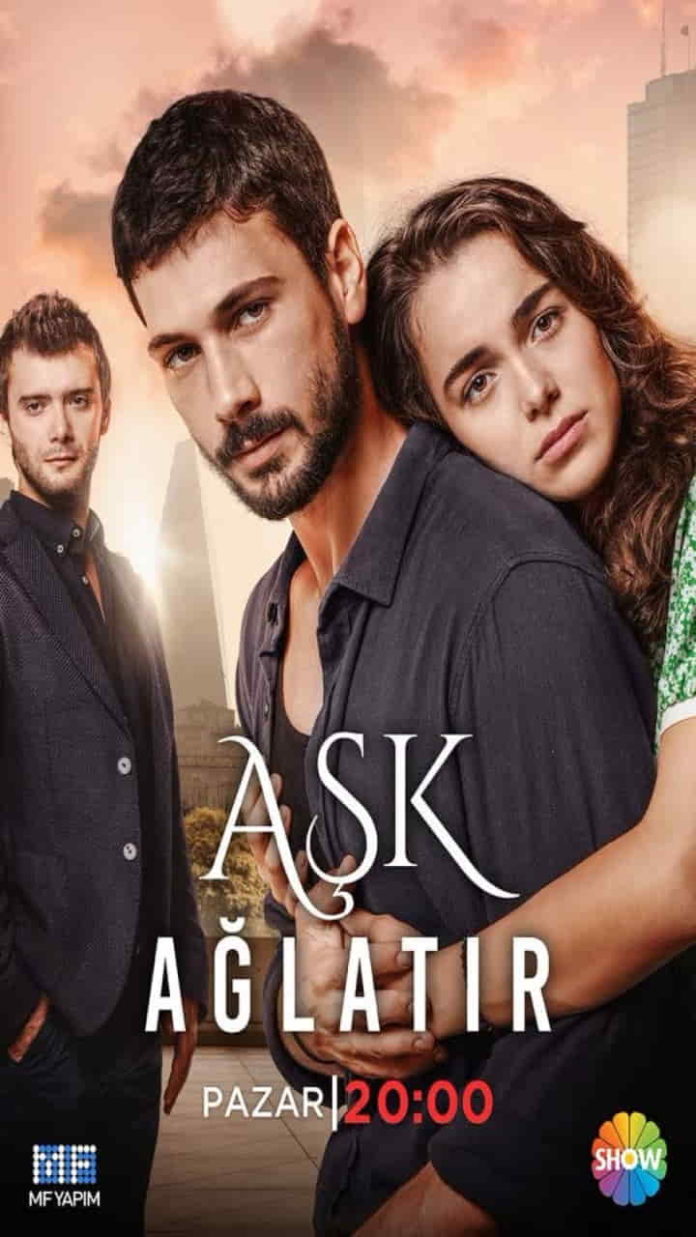 Aşk Ağlatır (English Title: Love Makes You Cry) is a Turkish-made drama television series directed by Gökçen Usta and written by Yelda Eroğlu and Yeşim Çıtak, the first episode of which was broadcast on 8 September 2019, signed by MF Production. It ended on December 22, 2019, by making the final. Inspired by the 2016 Japanese drama Love That Makes You Cry.

Young people who immigrated from the countryside to Istanbul and tried to survive alone; The tears of Ada (Hafsanur Sandzaktutan), who wanted to be forced to marry in the introduction of Aşk Ağlatır (Love Makes You Cry), which tells the story of the conflict between conscience and love, deeply affects the viewers.

“This town has taken my name from me; I am Mary here!” while feeling the desperation she experienced, Yusuf (Deniz Can Aktas) is trying to support Ada. The duo is on their way to Istanbul and is eagerly awaiting what will happen.

Ada is a 19-year-old girl who lost her mother at a young age and never knew her father. When Yusuf returns home tired from work in the middle of the night, he finds a letter written to the Island in the bag that Firat found on the road. When the young man reads the letter, he realizes that he must deliver it to his owner and leaves in no time…

This journey of Yusuf will change his life and the life of Ada forever… However, it would not be so easy for Ada to follow her dreams; his uncle Ismail and his future fiancé, Mustafa, have taken the look of doing everything they can to stop Ada.

Deniz Can Aktas as Yusuf Eren

Aktaş started his career in 2015 with a role in the TV series Tatlı Küçük Yalancılar. In 2017, he joined the cast of the Star TV series Avlu (The Yard), acting alongside Demet Evgar. The series later became available for streaming on Netflix. His portrayal of the character Alp Öztürk in this series was well received by the critics. In 2019, he was cast in his first leading role in the series Aşk Ağlatır, which was broadcast on Show TV.

English Subtitles
Various Websites are Translating this series in English subtitles. Below are the links to the site.
ALAcom | Promix TV | TurkFans | Turkish123