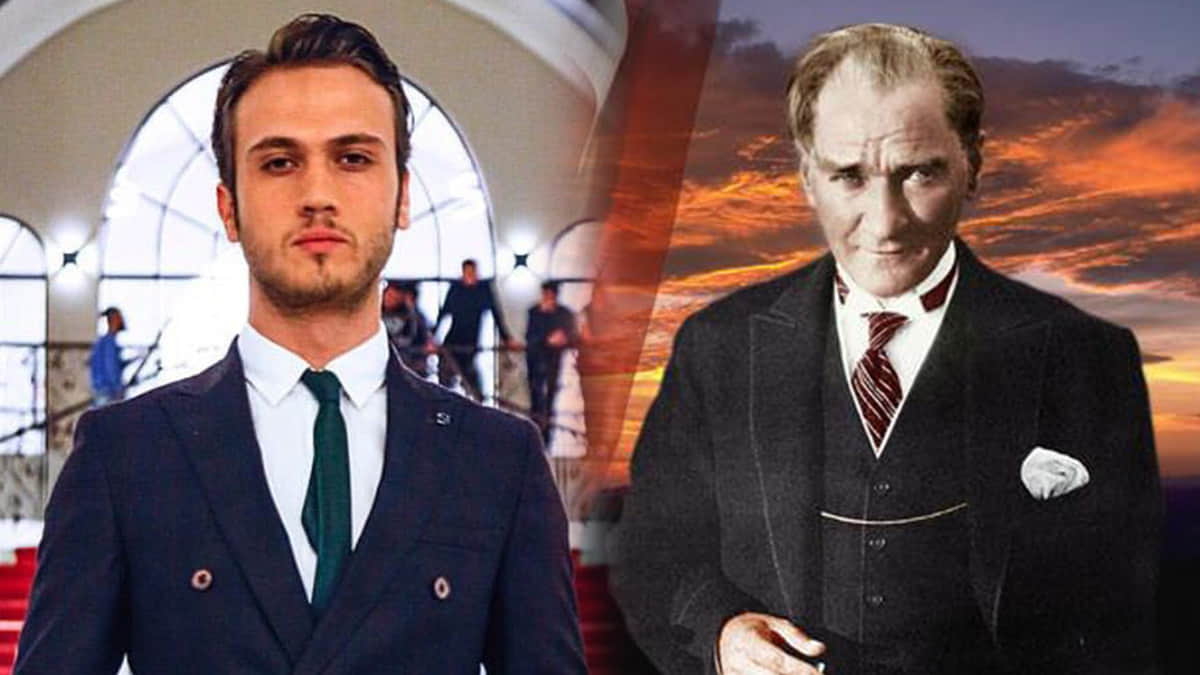 Atatürk TV series will be broadcast on the 100th anniversary of the Republic on October 29, 2023. Aras Bulut İynemli will be among the actors in the Atatürk TV series, in which a part of Atatürk’s life will be told.

Atatürk Series, which is expected to be broadcast as 2 seasons with 6 episodes, will be broadcast on Disney+. Master actor Aras Bulut İynemli will give life to the youth of Atatürk’s character in the Atatürk TV series. Aras Bulut will be compared to Atatürk with the make-up to be applied to İynemli.

The War of Independence, which was started under the leadership of Mustafa Kemal Atatürk against the invading forces in 1919, ended in 1923 with the victory of the Turkish nation. While the members of the Ottoman dynasty fled the country by taking refuge with the British, the Republic of Turkey was established on October 29, 1923.

On October 29, 2023, the 100th anniversary of the Republic of Turkey will be celebrated. In this context, various official and private events will be organized throughout the year. The ‘Cumhuriyet’ series will be screened on the online platform ‘Disney Plus’, which started broadcasting in our country last June.

Aras Bulut Iynemli will play Mustafa Kemal Atatürk in the series to be shot especially for the 100th anniversary of the Republic of Turkey. In the cast of the movie; There are names such as Mehmet Günsür, Songül Öden, Sarp Akkaya, and Darko Peric. On the other hand, it was claimed that the famous British actress Emma Watson will also take part in the series. It is said that the famous musician Hans Zimmer will make the music for the series.

Aras Bulut Iynemli was born on August 25, 1990, and is 31 years old. Aras Bulut Iynemli, who is a graduate of ITU Aeronautical Engineering, is known and famous for his TV series “Öyle Bir Geçer Zaman Ki”. Later, Aras Bulut, who was in the first historical series, took part in the Muhteşem Yüzyıl with Iynem with the character of Şehzade Bayezid. Aras Bulut, who has been in the Çukur series with the character of Yamaç Koçovalı for 5 seasons, has been in love with Bige Önal for a long time. Aras Bulut İynemli is 1.80 meters tall and weighs 70 kilograms.

Berk Cankat was born on May 9, 1984, in Ankara. Graduated from Bilkent University Graphic Design Department, Berk Cankat Academy 35 and a half took acting lessons. Berk Cankat, who is known for the character of Cemal, whom he gave life to in the series Güzel Köylü, later appeared in TV series such as Yıldızlar Şahidim and Bir Deli Rüzgar, but the television series he took part in recently did not take place. Berk Cankat recently had a love affair with Pınar Deniz.

Ali Fuat Cebesoy will give life to Mustafa Kemal’s Military Academy friend and Speaker of the Grand National Assembly.

Songül Öden will appear in front of the audience as Atatürk’s mother, Zübeyde Hanım, in the Atatürk TV series. The beautiful actress Songül Öden, who is currently playing the character of Zeynep in the TV series “My Son”, was born in Diyarbakır in 1979. The 43-year-old beautiful actress is a graduate of the theater department of Ankara University, Songül Öden, who has previously appeared in TV series such as Bir Aile Hikayesi, Umutsuz Ev Kadınları, and Serçe Sarayı. Songül Öden is 1.70 meters tall, weighs 55 kilograms, and is married to Arman Bıçakçı.

Mehmet Günsür was born on May 8, 1975, in Istanbul. He is 37 years old. Finally, Mehmet Günsur, who appeared in the internet series Fi and Atiye, was very popular with his films Unutursam Fısılda and Aşk Tesadüfleri Sever. Mehmet Günsür will play Atatürk’s father Ali Rıza Efendi in the Atatürk TV series.

Ali Rıza Efendi is the father of Mustafa Kemal.

Sahra Şaş was born on November 14, 1994, in Istanbul and is within the age of 28. Sahra Şaşa, who is of Kurdish origin, started acting with the Tatar Ramadan series and recently appeared in the TV series Bizim Hikaye, Kadın, and Zemheri. Sahra Şaş will give life to Atatürk’s sister Makbule in Atatürk’s TV series. Sahara Şaş is 1.65 m tall and weighs 54 kg.

Makbule is the sister of Mustafa Kemal.

Enver Pasha is one of the most important commanders and military leaders of the Committee of Union and Progress in the Atatürk TV series.

Beran Kotan, who will be in the cast of Atatürk TV series, was born in Istanbul in 1992 and is 30 years old. He graduated from Dokuz Eylül University, Faculty of Fine Arts. Beran Kotan, who has been successful in the Çarpışma series before, is 1.82 cm tall and weighs 78 kilograms.

Darko Peric, who became one of the most loved actors in the world with the Helsinki character he gave life to in the TV series La Casa de Papel, will be among the actors of Atatürk. Born on March 25, 1977, Serbian actor Darko Peric is 45 years old. Darko Peric’s main profession is a veterinary medicine.

Hamdi Alkan, who was born on January 16, 1967, in Hatay, is 55 years old. Hamdi Alkan, an actor, and director has recently appeared in small roles in Aziz and Erkenci Kuş TV series. Hamdi Alkan is known for his acting, especially in the Yasemince series.

Lastly, Esra Bilgiç, who appeared with the character of Gülfem in the Kanunsuz Topraklar series, had previously appeared in the Ramo series. Esra Bilgiç, who made her name known to the world as Halime, whom she gave life to in the TV series Diriliş Ertuğrul, was born in 1992 in Ankara. Esra Bilgiç is a graduate of Hacettepe University, Department of Archeology. Esra Bilgiç, who is 1.77 cm tall and 50 kg, is married to football player Gökhan Töre.