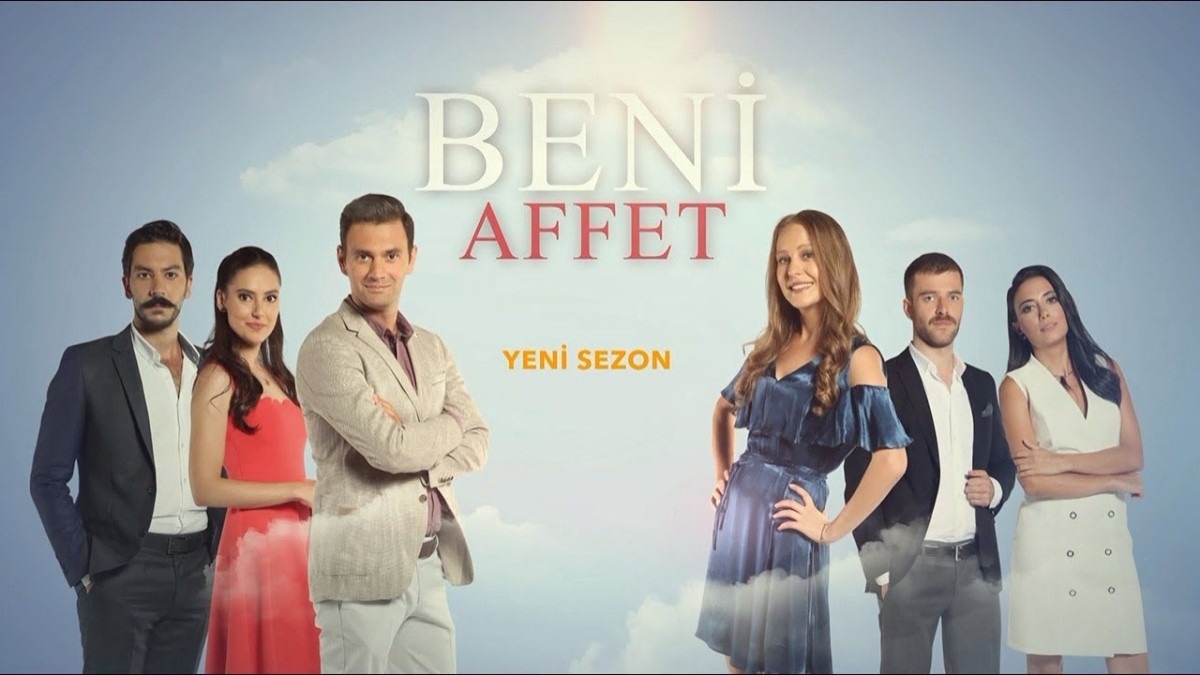 It ended with its 1477th episode, which was broadcast on 28 December 2018, by making a final. It consists of 8 seasons in total.

Beni Affet (Forgive Me), besides a fight for love, the costs and confrontations the Kozan family will pay for what they have done in the past are also described. Successful and wealthy businessman Osman Kozan, who came to Kayseri from Ankara years ago, is a man who has very strict rules and who stands firm against both his family and his employees. His wife, Zühre, has for years been attracted to her and did not speak. Although their children, Cuneyt, Kemal, and Yıldız, were different from each other, they were brought up to their families.

Kemal has grown up believing that he will marry Handan, whose education has been completed in Europe and spoken for years. Because Handan and his family are as rich and full of their own family as Osman Kozan wants. The star is married to the son of a businessman who is partnering with his father, entirely within the framework of logic. Though he loves his wife, he has spent many years in awareness of this partnership. Because she is not a child, she gets into trouble and the doctor is looking for a remedy by visiting a doctor.

Cuneyt has always remained calm against his father’s harsh attitude and after he completed his education he became the head of the company. Feride, who is a distant relative of her mother, grew up with them because she was not a family, and she had a great sense of loyalty towards the family. Although Cuneyt and Feride are in love with each other, Osman Kozan will definitely oppose this relationship.

Elyul, which entered the lives of a bride, is exactly what Osman Kozan can ask for. The whole plan of September, a successful, ambitious, and rich woman, is to take revenge on Osman Kozan. Because years ago, Osman Kozan killed his father in Elyul and separated her from her sister. Another character who hates the family and wants to take revenge is his cousin Tunç.

Osman Kozan, suffers from the exclusion of the family and hates this family by doing the Elyul Bosphorus, Feride’ya slander. After separating Cüneyt and Feride, Elyul makes and accepts the family. Feride, on the other hand, is totally alone, trying to continue her life by thinking about what she will do to be able to come out from the slander.

Kemal grew up like a brother for many years with Berat, the son of his sister who works in their home, and has begun to spend time in their neighborhood. He refuses to marry Handan when he meets Bahar who is from a completely different world and falls in love with him. Osman Kozan spoke to Bahar also Bahar and Kemal never give up, even though his son tries to separate them by saying that he only enjoys his heart.

They will fight and fight for everybody for the sake of their love. Berat also loves Bahar, It makes Kemal and Berat, whose friendships are broken because of this situation, will have a hard time. When the Yildiz’s wife Ferman and Bahar’s sister Fate start living a forbidden relationship, the tension between the two families grows even further. Fate will find the right way in time, and if it is difficult or wrong to do it, it will return. After Ferman understands his wife’s worth, he will fight to win it back.

Cuneyt, who started to become increasingly suspicious about the true face of Elyul, will learn the facts as he begins to investigate, and he will not leave it behind. Once you are absolutely certain that you do not want to marry him, he will be on his way to find Feride. Believing that Feride does not deceive himself inside, Cuneyt will want to win it back. Feride, on the other hand, is trying to survive in very difficult conditions.

Elyul, when he hates Feride, he learns a great truth. The sister they separated from themselves years ago was actually Feride. September, which is very regretful of what you have done, will have to make a lot of effort to correct everything after the facts are revealed. Bronze will be dragged into a much worse life because of the bad and irregular life that he lived and will be involved in events that will put an end to his life. It has shown a dramatic feature of making me forgive players and many events together.

Hazal Filiz Küçükköse is a Turkish Actress. She came to the world in February 1988 in Mersin. Hazal completed her high school education in Ankara. She is the best know for her acting in Kara Sevda as Zeynep.