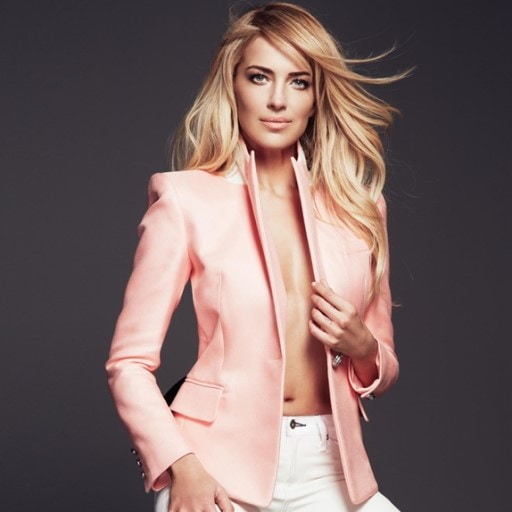 Burcu Esmersoy has been the face of a variety of advertising campaigns. Since her debut, she has also appeared in numerous magazine covers, articles, and editorials across Turkey.

Esmersoy was born in Istanbul to parents of Circassian descent whose parents were from Egypt. In an interview in 2020, Esmersoy revealed that she had been physically abused and beaten by her father in her childhood, who would hit her with a hose. Her parents divorced as her father’s affair with another woman came to light. Following her mother’s second marriage, Esmersoy and her sister were forced to refer to their mother as ‘aunt’ instead of ‘mom’ and became distanced from her as they moved in with their paternal grandparents.

After finishing her secondary studies at Beşiktaş Lisesi, a prestigious high school located on the European side of Istanbul, she enrolled in the Tourism Management Department of the Faculty of Business Management at Istanbul University. Following her graduation, she went on to study Hospitality, Tourism, and Sports Management at Tisch Center, New York University School of Professional Studies.In addition to her full-time studies, Burcu Esmersoy took part in Barbara Poitier’s performing art workshops at Bilgi University. She is also an alumna of Dialog Anlatım İletişim. Besides Turkish, Burcu Esmersoy speaks average English and Italian.

In 1997, she was placed third runner-up at the Miss Turkey beauty pageant. The same year she represented Turkey at Miss International in Tokyo, Japan where she won the “Miss Friendship” title. She began her broadcasting career in a children’s programme aired on Kanal D and joined CNN Türk’s Sports News in 2000 and worked there until 2005 as sports presenter, coordinator as well as foreign news editor. In April 2006, she joined NTV MSNBC and started presenting the Spor Servisi programme.

She competed in the first season of the reality show Dancing with the Stars (2010–2011) and hosted the second season (2011–2012) of the same competition. In 2013, she hosted Popstar, based on the British television music competition Pop Idol. She also hosted TV8’s Ver Fırına, Turkish version of the British television baking competition The Great British Bake Off and co-hosted ATV’s Elin Oğlu, based on the South Korean talk show Non-Summit.