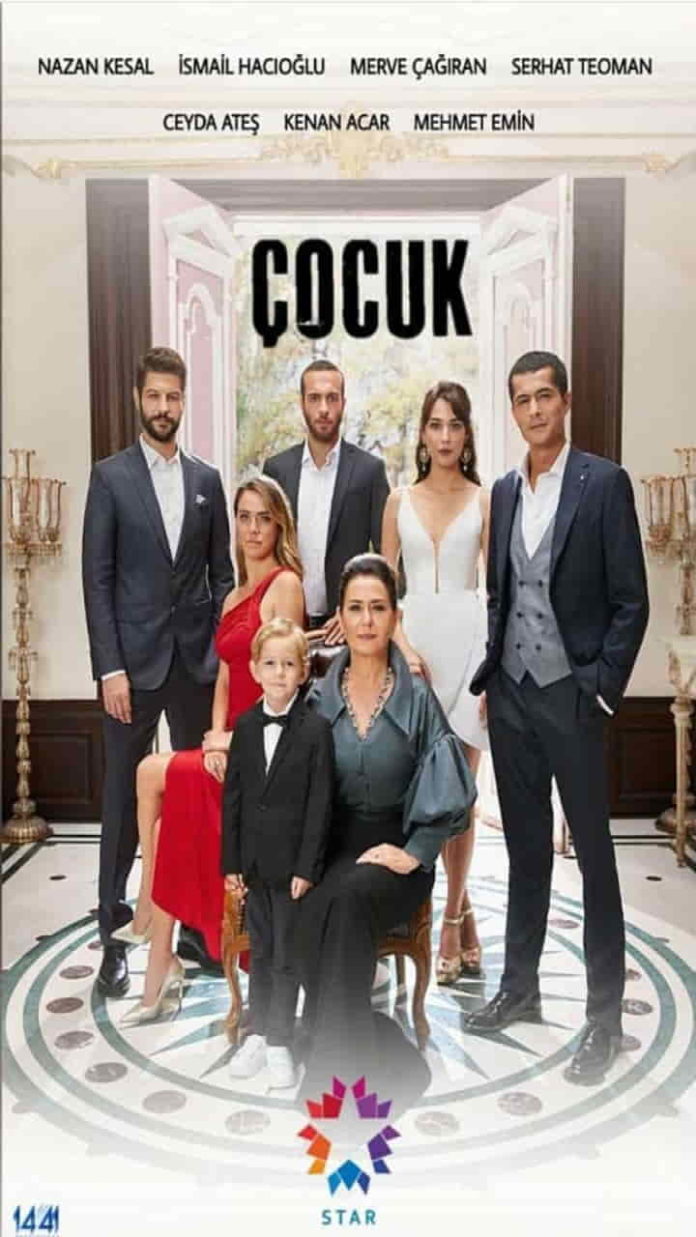 Çocuk (English Title: Child) is a Turkish-made drama television series signed by 1441 Productions, the first episode of which was broadcast on September 9, 2019, directed by Serkanİlk, scripted by Nazlı Sunlu Kaçan and Hilal Yıldız. It ended on January 28, 2020, by making the final.

Being the daughter of a prostitute mother, Akca gives up her motherhood in order to give her child a better future. The bride of a wealthy family, Sule promises to be a mother to Akca’s baby for a lifetime. She looks at the baby she named Efe and raises him. Things change with the birth of Sule’s own child.