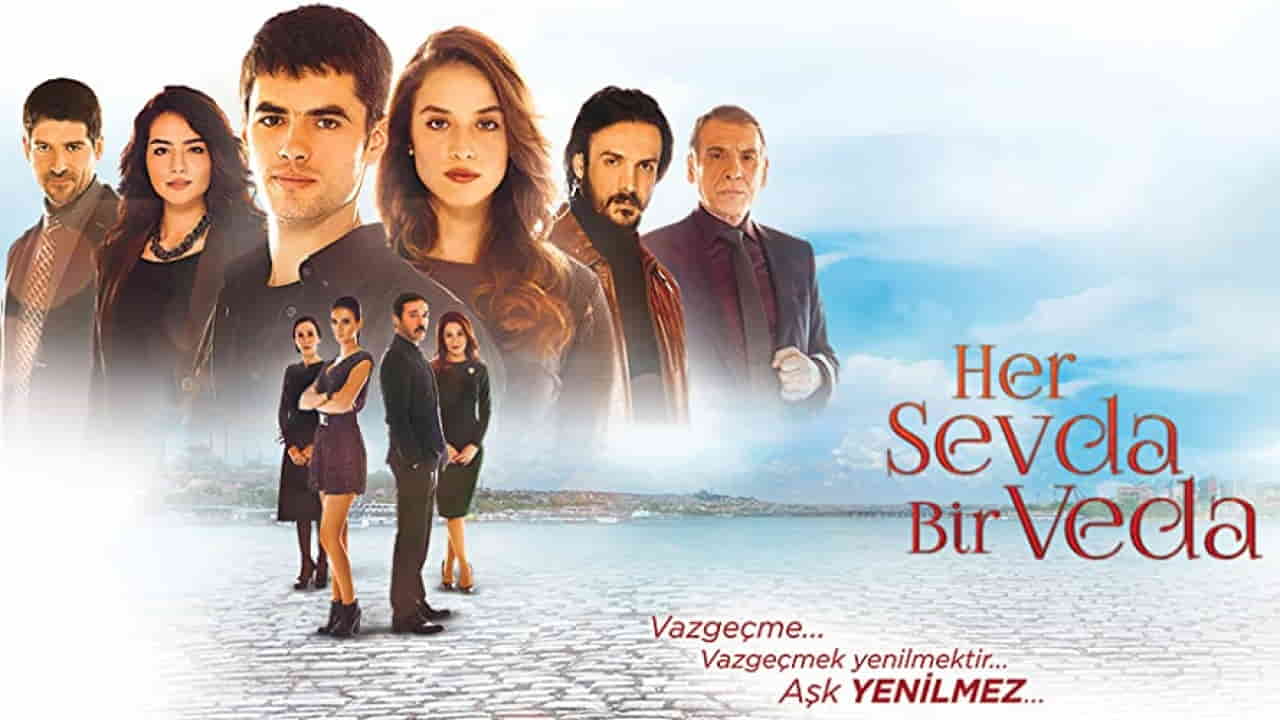 Her Sevda Bir Veda (English Title: Every Love Is A Goodbye) is a Turkish television series, a mixture of love and drama, broadcast on Show TV. Gökhan Horzum andBirol Akbaba share the production of the series, which is produced by C Yapım. Dilek Keser and Ulaş Güneş Kaçargil were the directors. Nik Xhelilaj, Elçin Sangu, Devrim Evin, and Cemal Hünal share the leading roles in the series the series began broadcasting on February 3, 2014, and ended on February 24, 2014, in episode 4.

Yusuf is a young man trying to stay afloat in the crowd of Istanbul despite all the difficulties he has been through. He tries to somehow hold on to life and finish the day without incident. The only thing that can get his life out of the way in this order he has established is love. Yusuf meets love when he least expects it because what he fears the most is Filiz, the daughter of one of Turkey’s richest men.

While it is already impossible for the two of them to be together, the fact that Filiz’s father Burhan is related to the death of Yusuf’s family will put things in a deadlock. Yusuf Burhan does not know about Kocadağ’s involvement in the incident, but his older brother Turgut is obsessively investigating this incident. Finally, he combines what he has been thinking for years and leads the way to Burhan Kocadağ.

While all this was going on, Selma, who lost her memory due to an accident years ago and doesn’t remember who she is, will return to Istanbul and started to investigate whether she has a family. His biggest supporter on this path is none other than Burhan’s son, Filiz’s stepbrother Nadir.

Cast of Her Sevda Bir Veda

She enrolled in a Psychology degree at the University of Amsterdam but abandoned it later due to her desire to focus on her modeling career. She also won the title of “Best Promising” in Best Model of Turkey 2009 and stands at 1.76 m.